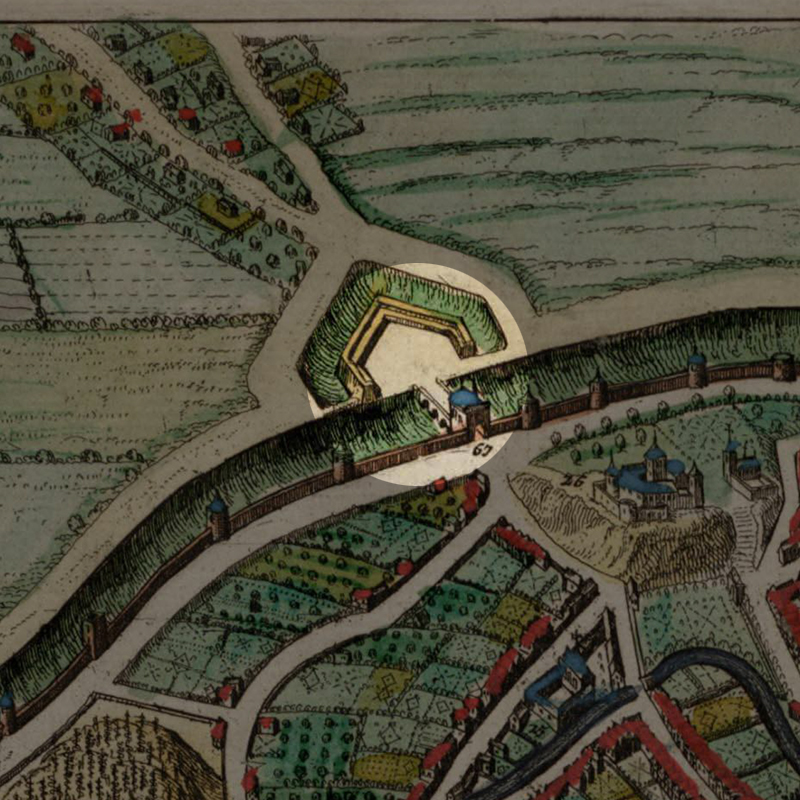 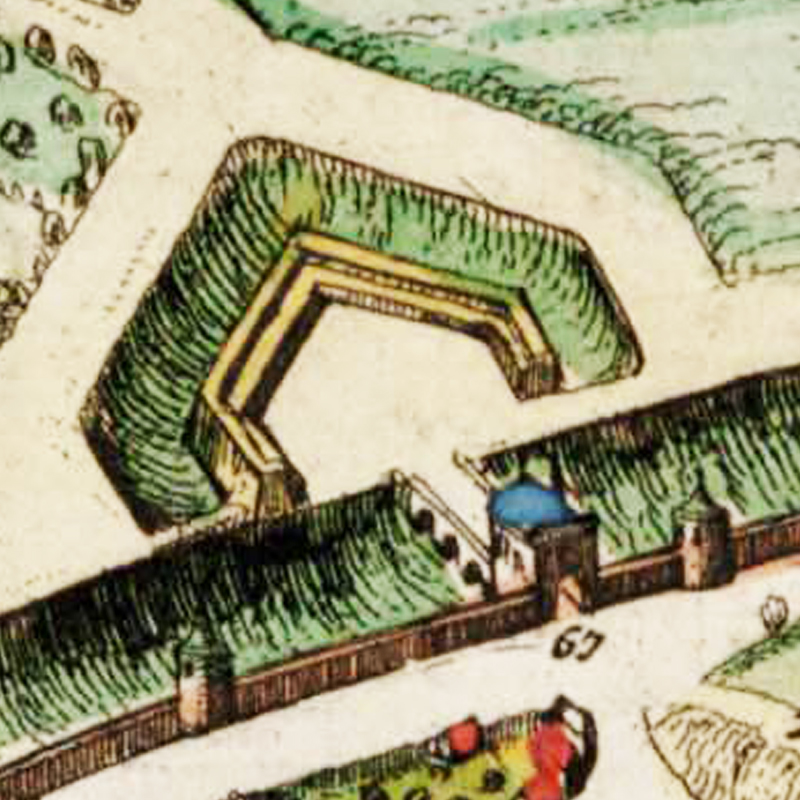 Built in 1358, the Mechelsepoort was designed by Henric Samme and Jan Horen. As it was located close to the Castle on the Keizersberg, the Mechelsepoort was originally called the ‘Buiten-Borch-Poorte‘, meaning the ‘Gate outside the Castle‘, or simply ‘Borch-Porte‘ (Castle Gate). The road that led to the gate used to be called the ‘Borghstrate‘ (Castle Street) and the hill on which it is located was the ‘Boelenberg‘ (probably a bastardisation of ‘Borchtberg‘, Castle Mount).

People used to also call it the ‘Poorte daar men te Wiltesele wert gaet‘ (The Gate that leads to Wilsele) or just ‘Wilselse poort‘. The more educated called it the ‘Porta Montana‘ in Latin, referring to the Boelenberg on which it was located.

Unfortunately, the Mechelsepoort was demolished in 1807.

It is not known how the Mechelsepoort looked like when it was first built. But in 1445, it was renovated/rebuilt under the supervision of Matheus de Layens (see Stadhuis city hall and the Tafelrond).

When completed a year later, the Mechelsepoort had the appearance of a tower, that was rectangular intra-muros and round extra-muros.

On the extra-muros facade, above the gate, was a niche with a stone golden lion, holding the coat of arms of Leuven. This sculpture was said to have been carefully supervised by Matheu de Layens himself and gilded by Arnould van Voorspoele.

Linked to the Mechelsepoort by a bridge over the moat, was a triangular ravelin, itself surrounded by a moat filled with water.

All the above details can be observed on the 1649 Atlas van Loon map itself.

Sketch by 19th century historian Edward van Even of the outer city gates following the drawings from 1635.
A drawing of the Keizersberg "Castrum Caesaris" by Guilielmus Roÿ in 1637. The Mechelsepoort is in the upper left corner.
How the Mechelsepoort would have looked from the extra-muros side.
VIEW ALL LOCATIONS OF OUD LEUVEN