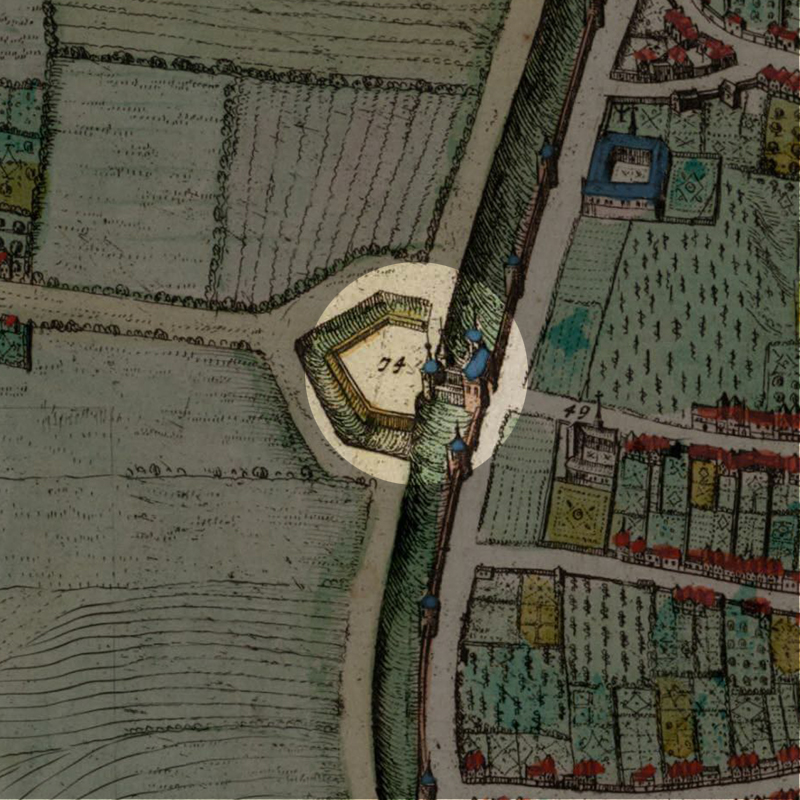 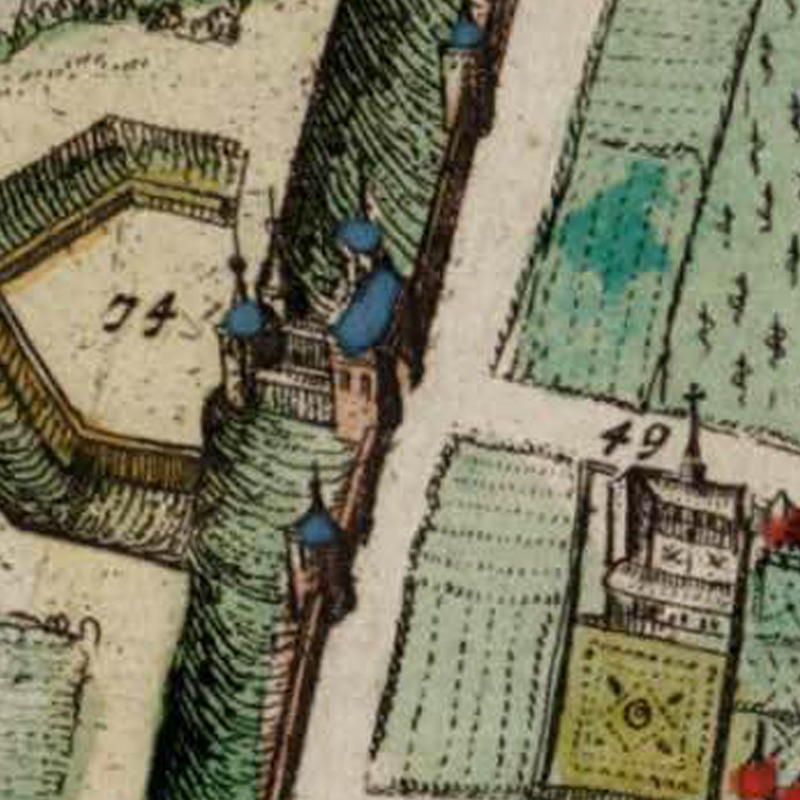 The City Gate dedicated to Wine and the Holy Virgin

First built in 1358, the Wijngaardpoort (Vineyard Gate) was named so because of it was literally built in the middle of vineyards, both in and outside the new outer defense walls. The gate was right beside the Duke’s vineyard and the wine press (‘wijnpers‘) owned by the Abdij van Sint-Geertrui. This first gate was repaired once in 1385 and then in 1404.

Then in 1521, the Wijngaardpoort was completely replaced by a much larger and more imposing building, under the supervision of Jan Loomans and Peter Walraven then master mason of the city.

The gate has two round towers, flanking each side of an arcade, through which one had to go through to enter the city. When one faces the entrance of this arcade, coming from outside the city, there was a niche above the huge doors, with a statue of the Virgin Mary. In 1735, upon the hundredth anniversary of 1635 Siege of Leuven (read entry on the Tervuursepoort), the city placed a plaque under the niche with these words:

This association with the Virgin Mary was not a coincidence, as the Abbey of the Our Lady of the Vineyard (Abdij Onze-Lieve-Vrouw ten Wijngaert) was just a stone’s throw away.

The New Route to Brussels

In the course of the 18th century, a new route to Brussels was laid. Instead of traveling via the then Brusselsepoort (now the Tervuursepoort), one could travel via the Wijngaardpoort/Vilvoordsepoort. The latter was thus renamed the (new) Brusselsepoort, together with the change of the name of the intra-muros streets that led to it all combining into one – ‘Brusselsestraat‘:

Yet not even a hundred years after the commemoration of the Virgin Mary as the protector of Leuven, the Brusselsepoort was quickly demolished right after the French arrived. In 1806 and 1824, the city gate was no more, replaced in its place in 1825, two utterly boring square pavilions.

In the same period when the pavilions were erected, the city dug an ice cellar for the benefit of its citizens in the hot summer months.

The ice cellar fell out of use with the invention of the refrigerator, and had since been forgotten. But with revived interest in Leuven’s heritage, the ice cellar is being renovated in 2021 and will soon be reopened to the public. But it will not be the next party spot, as the city has decided that the ice cellar should remain a bat cave, even when humans will soon be able to visit.

The Need for Uncontaminated Fresh Water

After the French occupation at the end of the 18th century, the unification of the North and South Netherlands did lead to a huge public sanitary improvement for the citizens of Leuven.

Since the Middle Ages, citizens relied on ground water from wells as their basic source of water. But with increased urban population, the lack of proper sanitary infrastructure led to disastrous results: the 19th century cholera outbreak led to 1600 victims in Leuven, out of which 757 died.

At that time, uncontaminated drinking water was scarce, because people had to use communal toilets, and sometimes a whole street shared one single toilet.

The city signed on a deal with the Rotterdam Water Company that pumped clean, bacteria-free drinking water from deep in the ground in the valley of Molenbeek in Heverlee (see entry on Naamsepoort), and led that water into the city.

A water reservoir was also built outside the Brusselsepoort and clean drinking water was stored there.

Today, if you go around the city and see huge cast iron water fountains. These were erected in end 19th century by Mayor Vander Kelen, once the water infrastructure was completed.

Today, the heritage site of the water reservoir is out of bounds and maintained by the Landscap Dijeland as another bat cave. 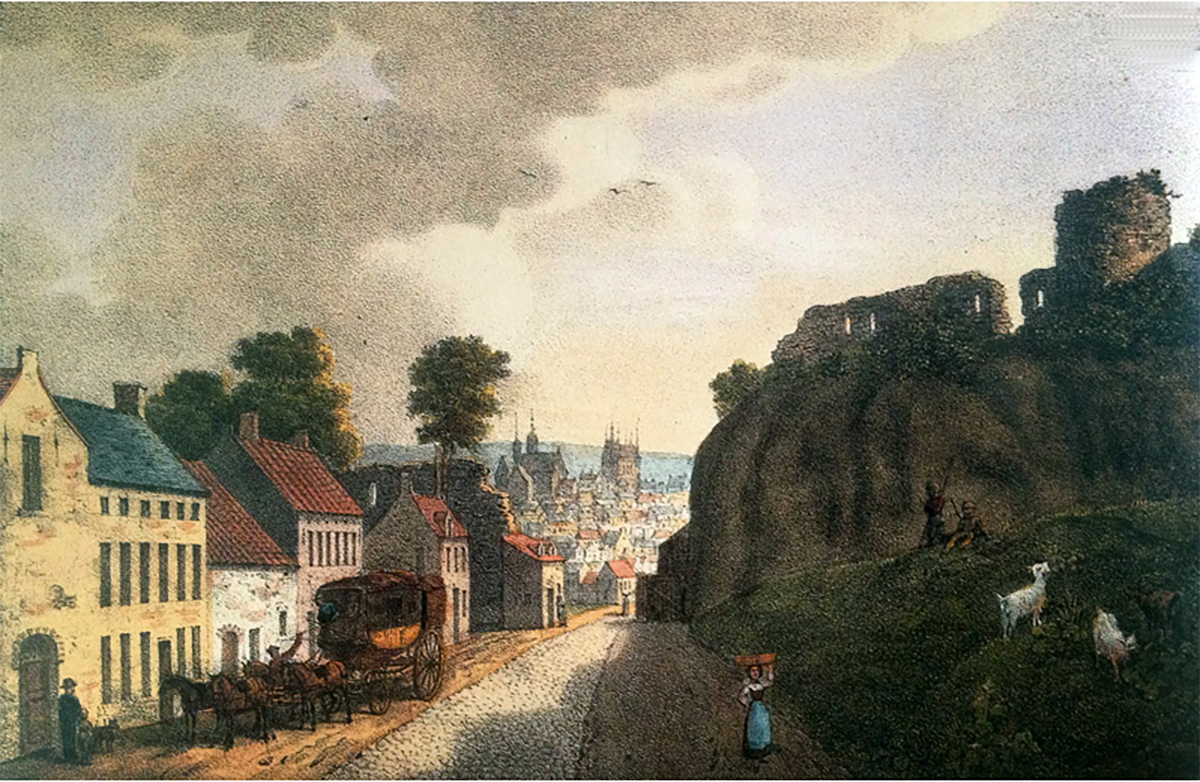 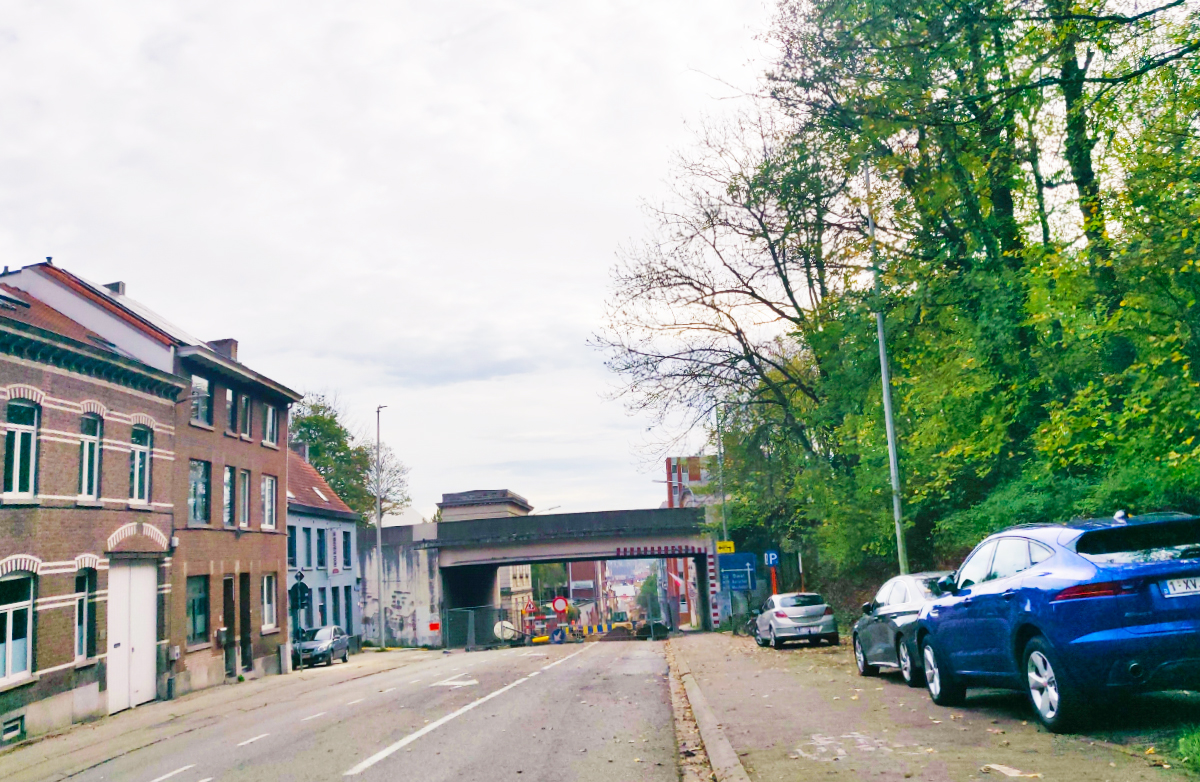 The once imposing Brusselsepoort with its link to the cult of Virgin Mary is no more, replaced by the only remaining 19th century toll houses that used to guard and replace all other 14th century outer defense gates of Leuven.

During the renovation of the Brusselsestraat in 2022, the city’s archaeologists had the chance to unearth the foundations of the Brusselsepoort, in order to ensure the new sewage pipelines that would run through under the street will not affect any of the historical remnants of the old city gate.

On 29 October 2022, the archaeologists conducted a public tour of the site, in which the following has been revealed: