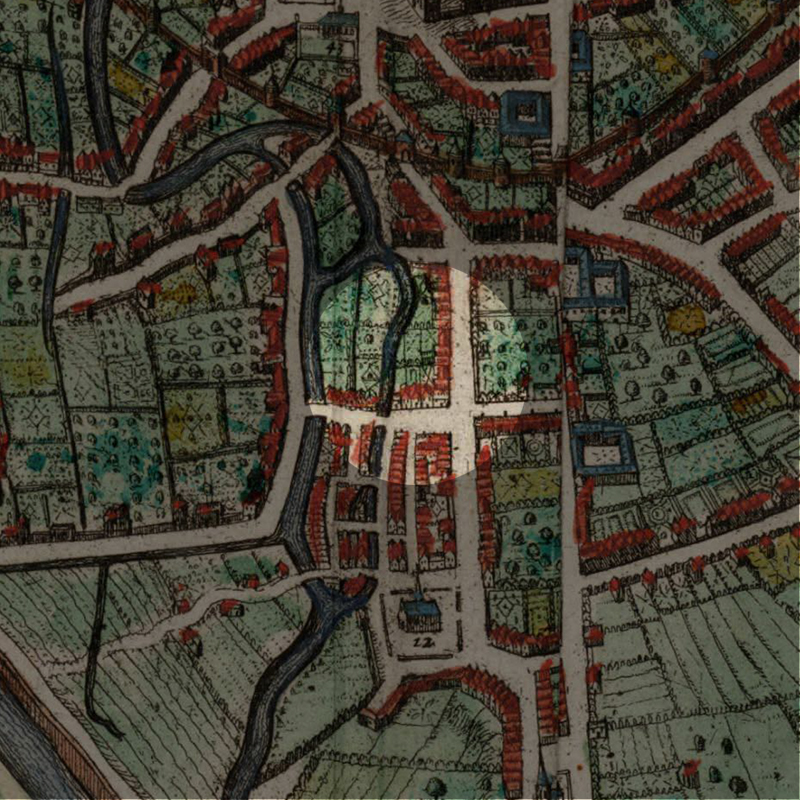 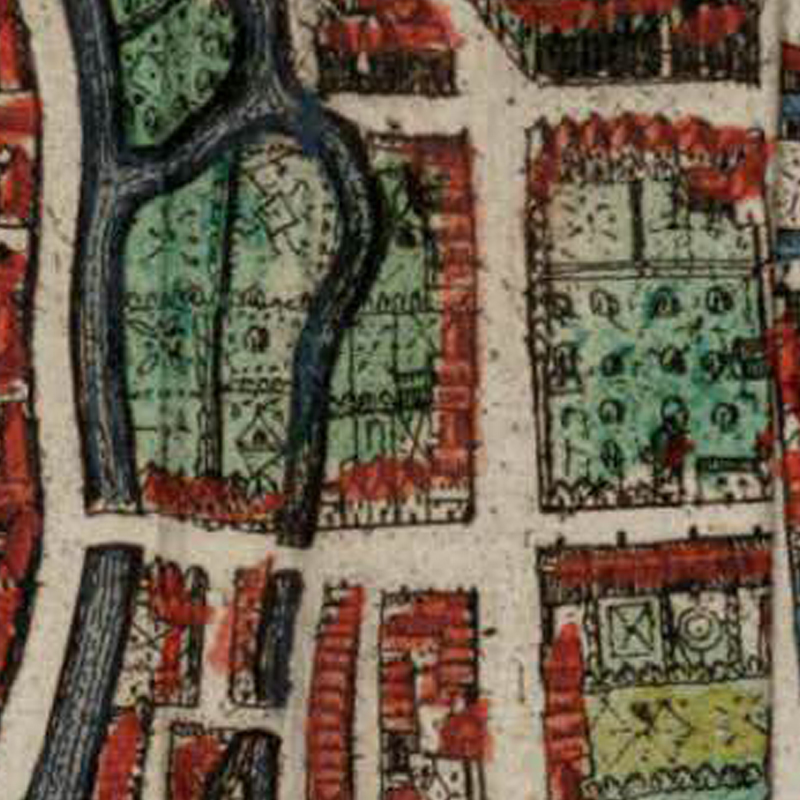 The story goes that a recent Jewish convert to Catholicism from the Prince-Bishopric of Liège by the name of Elisabeth Ymbrecht, bought a small house with straw roof in 1438 along the Molenweg (‘Mill Way’, today’s Zwartzustersstraat). There, with some companions, she founded a community of sisters to care for the sick, under the request of the Prince-Bishop of Liège, Lodewijk van Bourbon/Louis de Bourbon. In 1462, the Prince-Bishop granted these sisters the right to build a chapel and under the direction of the Cellebroeders, to embrace the Order of St Augustine.

Like their male counterparts the Cellebroeders, the Zwartzusters (Black Sisters) as they became to be called due to their entirely black habit, took care of the sick at their homes. Everyday, they made a tour of the city to seek them out, in exchange for a small contribution of food and money.

As the years went past and the community grew, the Zwartzusters bought a hospital where sick women could be cared for.

The chapel was nothing fancy, as this was a community with little means. Above the entrance are the words that describe the order:

With the invasion by the French revolutionaries in the 1780s when all religious orders in Leuven were banned, the Zwartzustersklooster survived not as a religious community, but as a healthcare provider.

With the creation of the Committee of Hospices in 1796, the French revolutionary administration decided to make the Zwartzustersklooster the care centre for women with mental illnesses. The Zwartzustersklooster became a female mental institute, but the sisters also continued to roam the city daily to care for the sick. After the expulsion of the French, the religious aspect of the order returned in the 19th century.

There is nothing architecturally or historically significant about the Zwartzustersklooster. The glass and steel veranda along the inner facade is a pleasant 20th century addition.