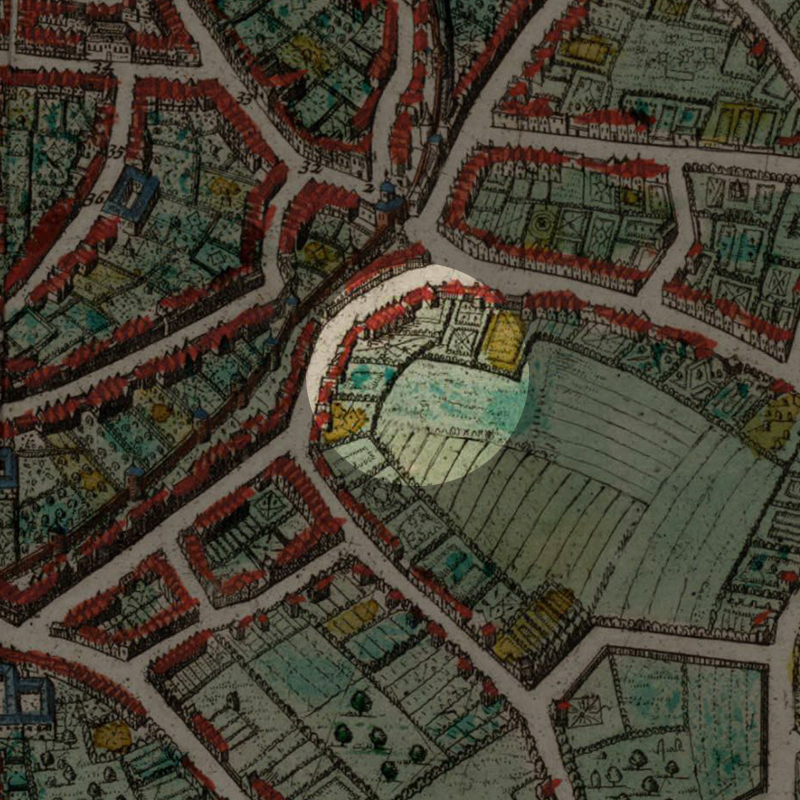 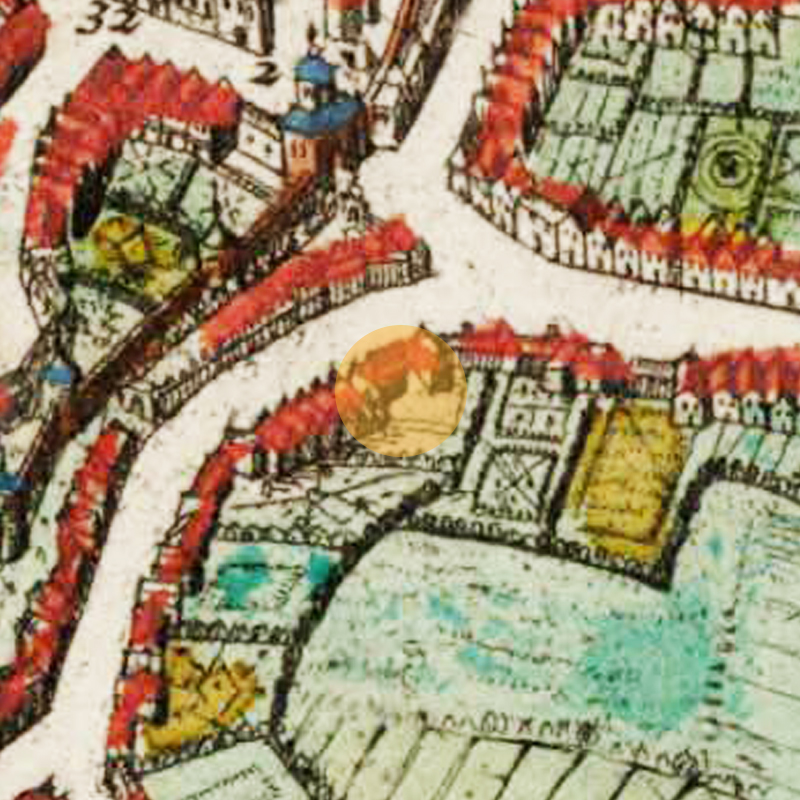 Hence, while the formal name “Klooster van de Ongeschoeide Karmelietessen” (Convent of the Discalced Carmelite Sisters) refers to the buildings that used to house the order of nuns, we have to bear in mind the extreme humility and poverty in which the nuns were (supposed to be) conducting their daily life. This has an immense impact on the reputation of the order and the huge political support the sisters have received from the highest levels of society, as we shall see later in this article.

1658: The Foreign Flemish Air is Bad for Brabantian Ladies

In 1658, a group of sisters originally hailed from the Duchy of Brabant but serving in the Convent of the Unreformed Carmelite Nuns in Bruges, wrote a letter directly to the Emperor (Filips IV), asking him for permission to erect a convent in Leuven. The reason being, among others, that the foreign air in the County of Flanders has been making them continuously ill. In 1666, the request was accepted in a formal letter from Emperor Karel II.

At the request of the Mother Supreme in Bruges, the Hospital of St Nicholas (Sint-Nicolaasgasthuis) located in the Vlamingenstraat was ceded over to the sisters to found the new community. However, the city requested that the new convent adopt St Nicholas as their patron saint and to venerate him yearly in a solemn manner.

The establishment of the new community came under the supervision of Father Laurentius of St Mary from the Monastery of the Unreformed Carmelite Friars (Klooster van de Geschoeide Karmelieten) located in the Ravenstraat.

So how did the Klooster van de Geschoeide Karmelietessen look like?

According to 19th century city archivist and historian Edward van Even, the former chapel of the Sint-Nicolaasgasthuis was in a very bad state when the sisters moved in. The chapel was replaced by a new one, which contained only one altar. The church was located at the end of the courtyard, hence not on the street side.

Also, one has to remember that this part of Leuven in the 17th century remained comparatively rural, despite it being just outside the city wall and right by the Sint-Michielspoort. This is because the area of Vleminckxveld (Flemish Field) as an immigrant’s quarter with foreign migrants from the County of Flanders had been poor and under-developed.

With the Edict of Emperor Jozef II on 30 April 1783, the Klooster van de Geschoeide Karmelietessen was banned overnight.

The nuns were driven out of their convent and the site came under military possession under Habsburg troops. In 1798, under the French occupation, the site was divided into two and sold in auction. One part was first sold in 1798 and the other in 1803. In 1890, an ‘African College‘ was set up in the houses numbering 5-9 along the Vlamingenstraat. This then later became the Ferdinand Verbiest Institute which focuses on Belgium-China exchanges, which still occupies the premises today.

Back to being a Hospital

According to Edward van Even, the site of the Klooster van de Geschoeide Karmelietessen started from after the first house that joins Vlamingenstraat and Tiensestraat, and it stretches along the Vlamingenstraat right up to the ‘forge of Brothers Schuermans‘ in the 19th century, which is today’s house numbers 23-25. And then at the back, the garden of the convent bordered the sand path that connected to the Hospice Remy. Today, the garden, the church and the buildings of the former convent were completely replaced by a modern building block housing an elderly home called Woonzorgcentrum Booghuys. In many ways, this is reverting back to the services of the former Sint-Nicolaasgasthuis which the convent had replaced.

If you look at the print of the former Klooster van de Geschoeide Karmelietessen of Edward van Even, and compare it to the photo of the Ferdinand Verbiest Institute, you will see that the shapes and positions of the ground floor windows, doors and wagon gates are exactly the same.