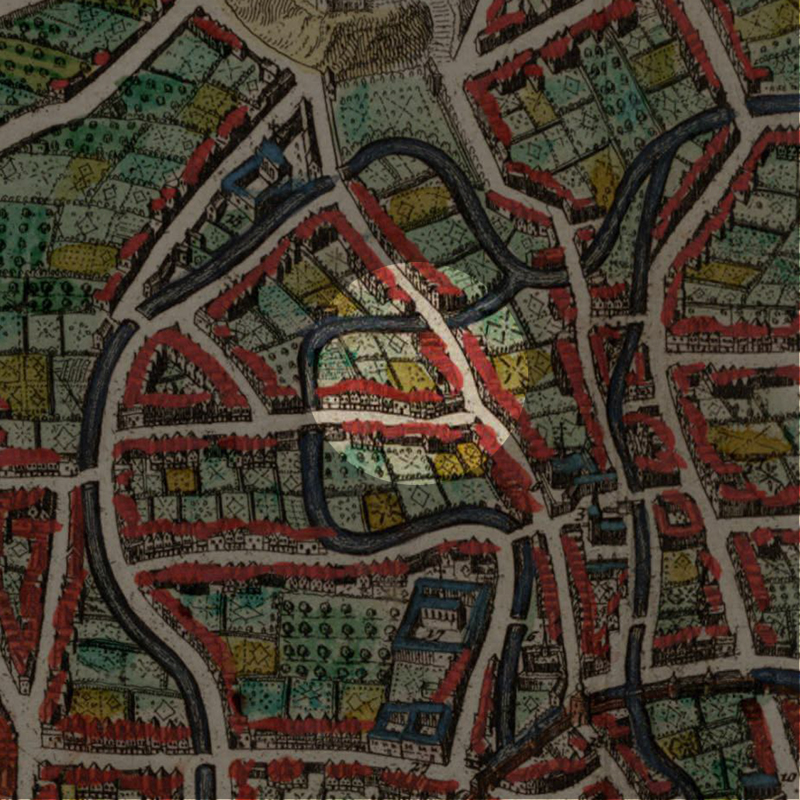 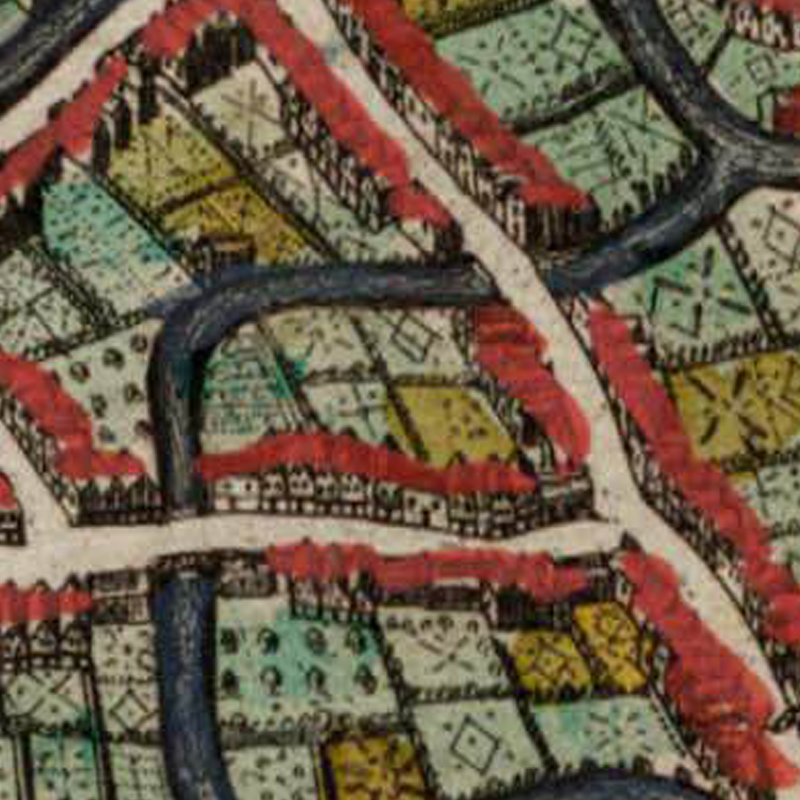 Who were the Grey Sisters?

The convent was wrongly attributed on the Priory of St Ursula on the map of 1649.

The Grauwzusters (Grey Sisters) were a female religious order that followed the Third Rule of St Francis. Their founding example was the Hungarian saint Elisabeth van Thüringen who cared for the sick and the poor during the famine of 1226.

According to the archives, the “Klooster van de Grauwzusters of Penitenten recolletinen” (Convent of the Grey Sisters) existed in Leuven from 1395-1796. The year 1796 was the time when the French occupiers purged the monasteries and convents in Leuven.

So when the Grauwzusters first arrived in Leuven, they were housed in the parish of St Gertrude. It later expanded and counted 18 sisters.

The only remnant of this convent is in the street name Penitentienenstraat, because Penitentienen was also the name of the Franciscan nuns.

Also, according to the archives, in 1665-1666, the Grauwzusters were in dispute with a certain Mr Van Den Heetvelde over “the amortisation of a house“.

What’s interesting about the location isn’t about the Grauwzusters but the name of a stone plaque.
Up until the 19th century, this place was known as “de Steen van Terwanen” (The Stone of Terwanen).

Terwanen was a French enclave in the territories of the Shire of Flanders. The Hapsburg Emperor Charles V laid it to ruins in 1553 and brought over this plaque, which read:

For some reason that I fail to discover, such an important declaration was placed outside the gates of some poor Franciscan nuns. Unfortunately, the plaque was most likely lost with the dissolution of the convent.

Former entrance of the Convent

The row of four houses along the Mechelsestraat – Numbers 179, 181, 183, 185 – formed the former entrance to the convent. Built in the early 20th century, the facades contain beautiful flower mosaics.

Parts of the convent terrain is now a small city park called Klaverpark.