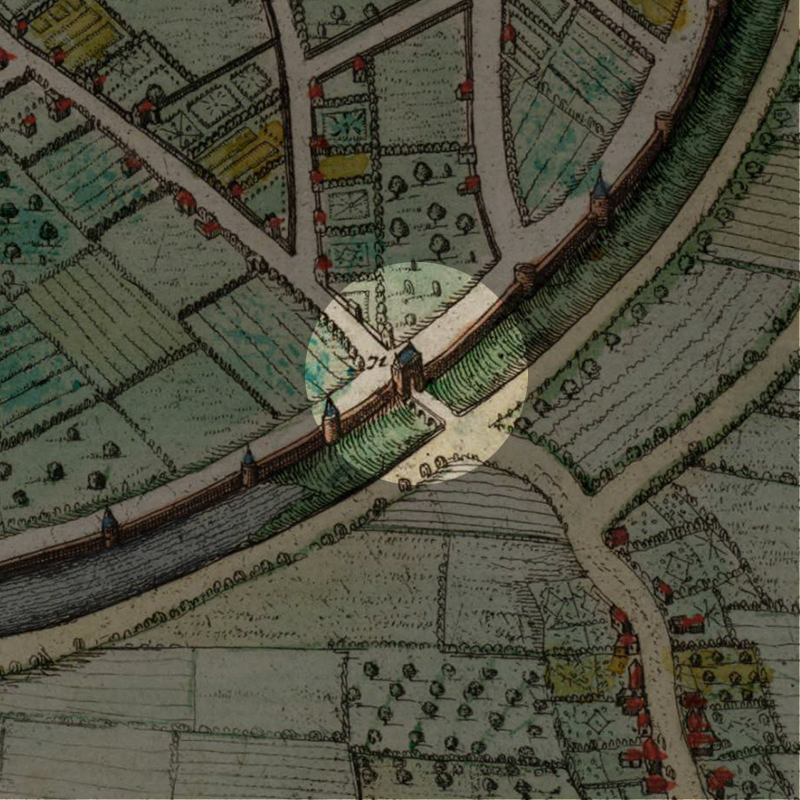 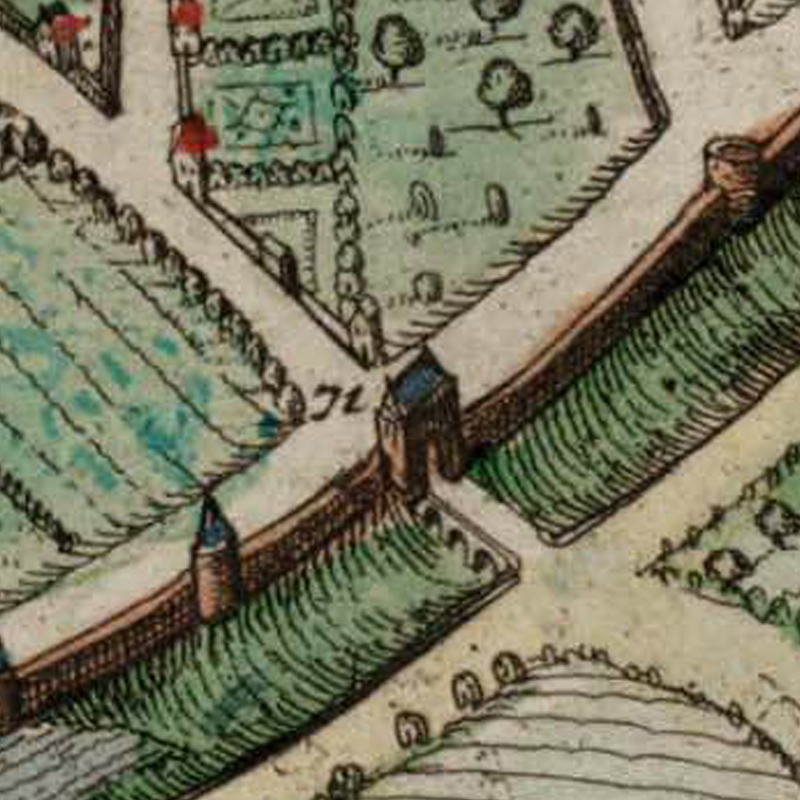 The Road to the Park

The first Parkpoort was constructed in 1358. It was named so, because it led directly to the Abdij van Park located just outside the gate. The abbey was founded by the Duke of Leuven Godfried I met den Baard (the Bearded, 1095-1139) in 1129 as a gift to the Norbertine monks, built on his immense park.

Unlike the other outer city gates of Leuven, Parkpoort is the only one that retained its original 14th century name up until today.

This first gate was soon replaced by a more substantial building in 1374. According to the accounts of Jan Boonen, it was repaired in 1404 and 1407, although 19th century historian Edward van Even said he could not verify the claims in the city records. Van Even could however find evidence that the Parkpoort was repaired in 1520, under the supervision of Jan Loomans, the city’s master mason.

The upper parts of the Parkpoort was destroyed by a fire on 5 February 1634. The city requested the abbey for a few oaks for free to repair the roof.

Van Even remarked that the Parkpoort was by no means unassuming in appearance. It very much looked like a small medieval fortress, especially as it was built on really high grounds. You can still experience this elevation when you approach the Parkpoort from the carpark exit of the Sportoase complex on the Geldenaaksebaan.

Built in bricks but covered in stone, the monumental Parkpoort was enclosed on the extra-muros side by a hemicircular enclosure. From this hemicycle, you can exit the city gate via a wooden drawbridge that spanned across the moat. Beyond the moat, was a triangular ravelin. Van Even wrote in his ‘Louvain dans le passé et dans le présent‘, that when the foundations of the Parkpoort was dug up in 1863, it was discovered that they were made entirely out of blocks of stone.

The Destruction of the Parkpoort

Like the other outer city gates of Leuven, the Parkpoort today is just another traffic junction on the ring road of Leuven.