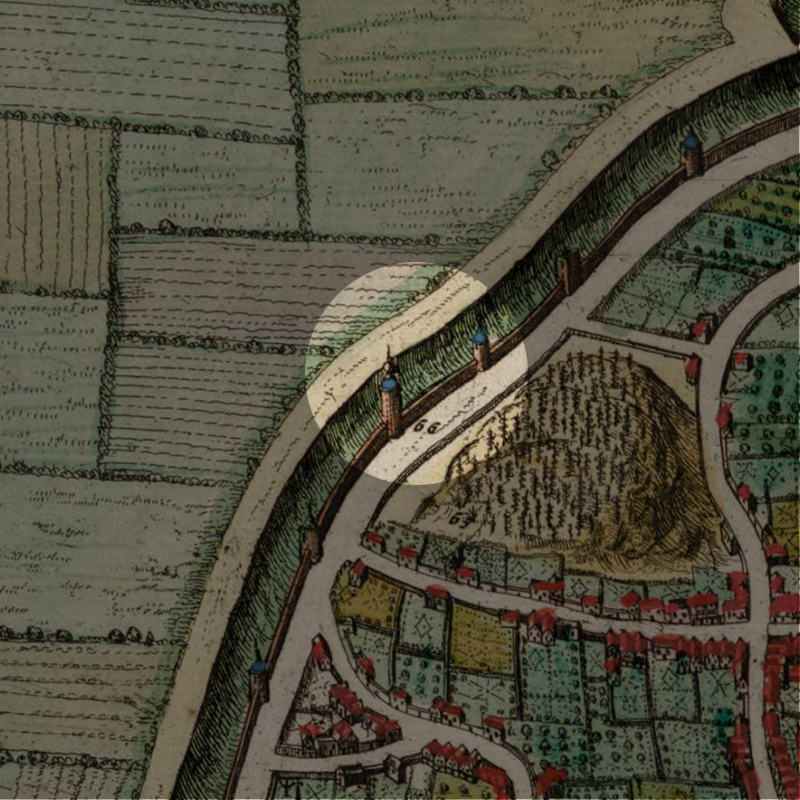 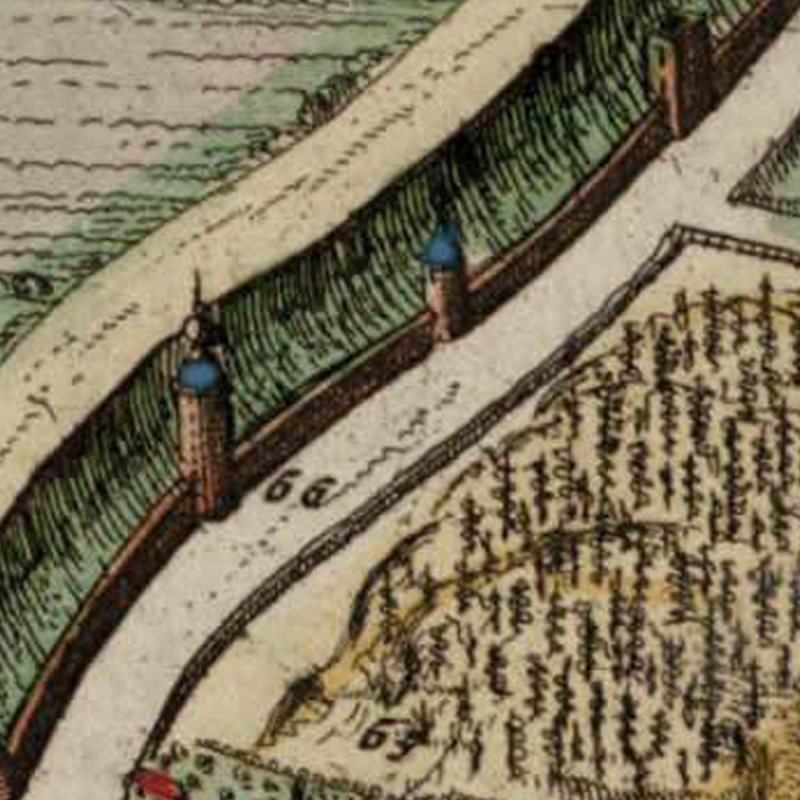 The Verloren Kosttoren was not called by that name officially. Its original name was simply the ‘Grote Toren‘ (The Great Tower). Built in 1463 (?), the Grote Toren came after the rest of the 14th century outer city walls. Contrary to the suggestion by 16th century historian Willem Boonen in his ‘Geschiedenis van Leuven‘ (History of Leuven) – written in 1593-1594, published in 1880 – that the Grote Toren was part of the plans laid for the outer city walls, archaeological evidence shows that building style originates later from the first quarter of the 15th century. It was in the 1460s, that the Grote Toren received its first touch-ups, under the supervision of Leuven’s renowned architect Mathieu de Layens (who also designed the Stadhuis city hall).

By the middle of the 14th century, Leuven began to lose its political and economic status as the capital of Brabant. Both Brussels and Antwerp began to grow richer and more powerful. Poverty began to spread throughout the city, with less and less income from its weaving trade (see Lakenhalle) and wine production (see Wijnberg). After the Brabant Succession War in 1355, Leuven dug deep into its pockets to build the 7km-long outer (second) city walls, which were completed in 1360. With its eight new modern city gates, Leuven could essentially shut itself off from invaders.

From the surviving drawings and surviving descriptions, we know that the Grote Toren was about 50m tall, and stood on a raised circular foundation. It had a ground floor and two floors above, connected by a narrow, spiral staircase. At the top was a ‘lantern, and this structure can clearly be seen in the 1649 map and all other depictions of the building.

In the geopolitical context of 15th century in the Low Countries, the construction of this Great Tower was very much a political statement of Leuven to reassert itself.

A Complete Waste of Money

However, contrary to the authorities’ aspirations for the Great Tower, the inhabitants of Leuven thought it was a complete waste of money and decided to call it ‘Impensa perdita‘ or ‘Verloren Cost‘ (Lost Cost).

To build the Verloren Kosttoren, other more urgent constructions had to be postponed. Additionally, the relatively peaceful decades compared to the previous century meant that the military purpose of the watch tower was never served and the money to pay for the expensive construction could be better used elsewhere.

The Fall of the Verloren Kosttoren

The Images of the Verloren Kosttoren

The Verloren Kosttoren was such a prominent landmark of Leuven, that it was featured in every engraving, drawing or painting of any panoramic view of Leuven. I have listed a few below, and you can see them in the image gallery further down the page:

You can see the evolution of the Verloren Kosttoren as it descends into disuse.

Not the Heksentoren – The Witch Tower

The Verloren Kosttoren is often called the ‘Heksentoren‘ (The Witch Tower) nowadays, by netizens and even by the city administration itself. This is clearly a mistake. The real Heksentoren does exist and according to the ‘Vrienden van Het Leuvens Stadsarchief‘, this was explicitly stated by 19th-century historian Edward van Even to be ’90 steps’ from the Brusselsepoort and more or less directly opposite the Kaboutermansstraat. This means that the real Heksentoren is in fact not far from a panoramic spot called the ‘Luibank‘.

To add to the confusion, a street far from the Verloren Kosttoren is called – you guessed it, ‘Verloren Kost‘. This street is a new side-street east of the Donkerstraat, and has absolutely nothing to do with the tower. It is not clear to me why this street was named after a landmark a few hundred metres away.

The Verloren Kosttoren – the Leuven’s once Great Watch Tower of Lost Cost – is lost indeed, to the oblivion of time. While inhabitants have been calling for the authorities to act on preserving this once imposing landmark of the city, the remains are now shamefully covered and being destroyed by overgrown bushes and trees.

What you see today is in fact remnants of the circular base of the watch tower, not even the tower itself. You can thus imagine how impressive it must have appeared in the 15th century.

You can still get a glimpse of the Verloren Kosttoren ruins when you take the footpath to the bus-stop along the ring road. Do not go onto the ruins as the 600-year-old brick structure is extremely fragile.