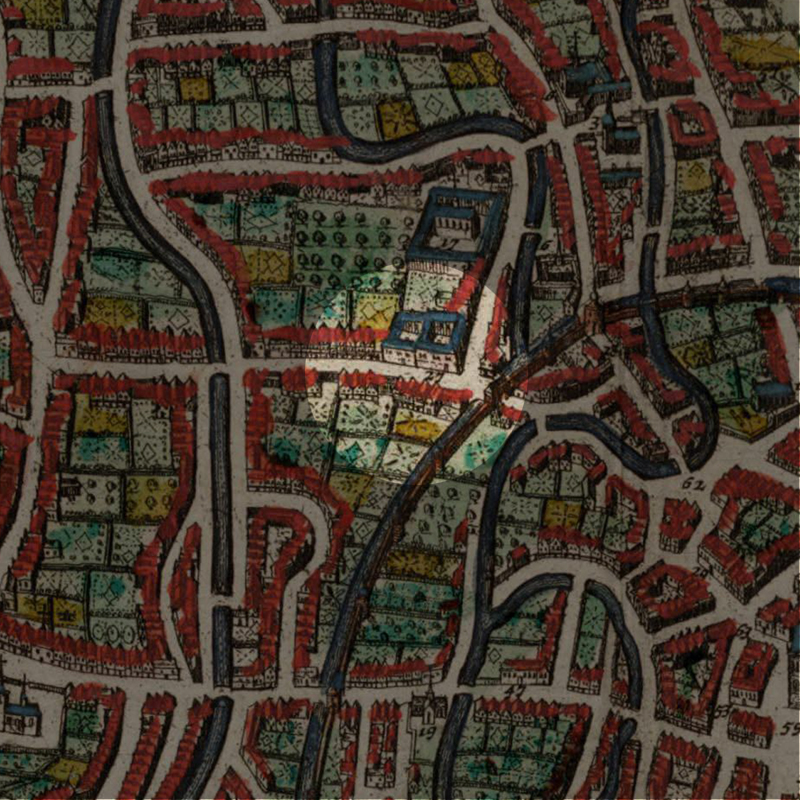 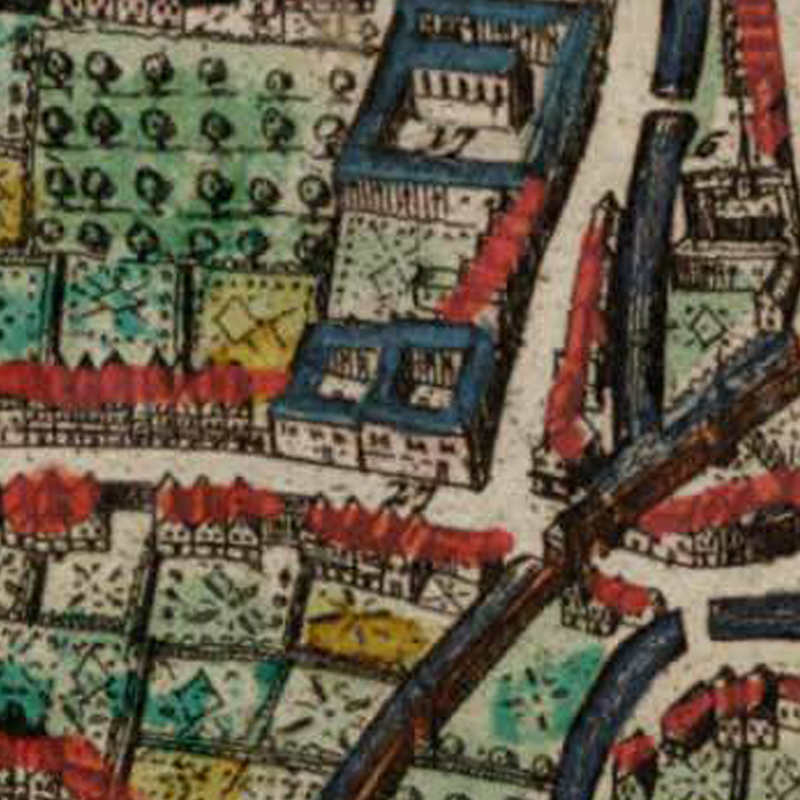 From Gentsch college to Collegium Vaulxianum

In the face of stiff competition from the pedagogia (De Burcht, de Lelie, de Valk and het Varken), a certain Humanist Frans Van den Nieuland(e) (and in its pretentious Latin form: de Nova Terra) from the city of Ghent in the neighbouring County of Flanders founded a Latin school in Leuven.

Van den Nieuland established his new pedagogium in his house “Langhenbruel” on the street with the same name, just outside the first city wall, right opposite the city gate of Minnepoort.

Named after his native city, the College van Gent quickly grew in reputation. But it did not last for long. After the founder’s death in 1574, the College quickly went downhill, with little resources to sustain it through the rest of the century.

Luckily, help came in the form of the will of a certain Jean de Vaulx from Lille in France. The bequeathment was carried out by Jacques de Bay, Dean of the Chapter of the Sint-Jacobskerk. De Bay spent two years 1592-1593 reorganising the college, later transforming it into the “Collegium Vaulxianum” after its donor. But in the local tongue, the College remained as the “Gentsch college“.

The reorganisation and injection of new funds did not save the college from again facing financial difficulties. In 1642, the college had to recruit Oratorian Fathers as teachers, who also left after a few years.

The mismanagement was so dire, the University rector seized the college in 1655.

In 1657, the rector decided to resurrect the college, not on the same site, but on the Oude Markt. The opportunity came when the university bought the row of houses along the Crabbendijck, and the building started in 1658.

The Heilige Drievuldigheidscollege did not face bankruptcy like its predecessors, and managed to survive until the dissolution of the Leuven University in 1797. During the bombardment of 10-11 May 1944, the eastern wing and the old college wing on the Oude Markt were completely destroyed.

The Story of the Bruul: Langen Bruel and Corten Bruel

As explained in a previous post, the park behind the College van Gent is called the Bruul Park, or “Den Bruul” in the local tongue. The land used to belong to the convent of the “Priorij van de Heilige Ursula en de 11.000 Maagden“.

The word “bruul” originally meant “a marked area”, but later referred to an undeveloped and often swampy piece of land, usually covered with trees. Bruul was not a native Germanic word. It entered into the Dutch language via medieval Latin “brogilio” and most likely had a Celtic origin.

The street and the house which the Gentsch college was built on were called the “Langen Bruel” from the 14th to the 17th century. Sometime after, the Langen Bruel was renamed into “Brouwersstraat“, together with the not so directly linked Peperstraat (between the Fonteinstraat and the Ridderstraat). This was probably due to the large number of breweries here: De Ram, De Gulden Arent, De Grote Rozelaar, De Goudsbloem.

Where there is a long Bruul, there must have been a short Bruul: the “Corten Bruel” is the current Pieter Coutereelstraat.

The area occupied by the College van Gent is now Numbers 4 and 6 of the Brouwersstraat. They are mainly private apartment blocks.