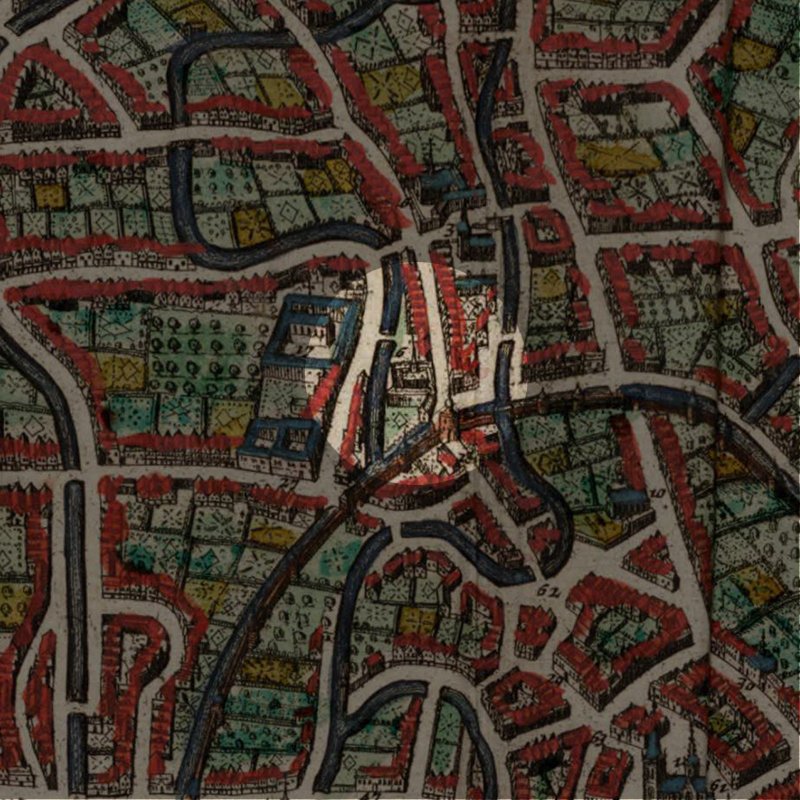 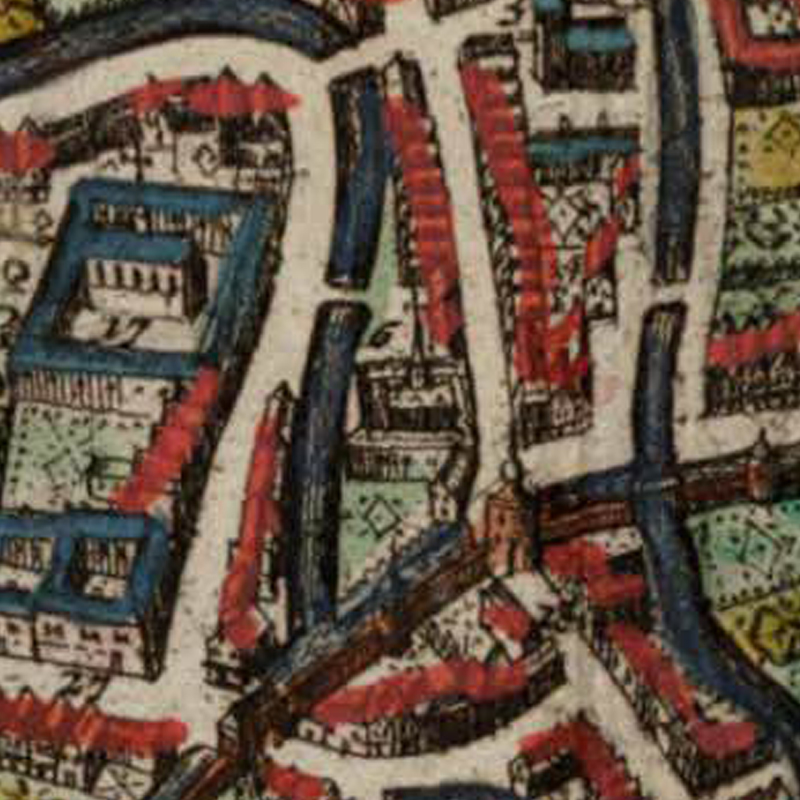 Many of you may know of the “Begijnen“ (“Beguines” in English). They were secular nuns who lived in a religious community cut off from the outside world. Yet many did not know of the male version called the “Bogaarden” or “Begaarden“ (known as “Beghards” in English). Like their female counterparts, begaarden were not ordained as priests but led a life of religious devotion and poverty. Also like the begijnen, begaarden engaged in menial handiwork to earn a living.

Yet, life for these begaarden was worse off than their female counterparts. This is the reason why you do not see huge complexes of bogaardenhof left while you can still visit very big begijnenhof in Leuven or Bruges.

In order to support themselves, many bogaarden gave up their secularity by joining the better-funded monasteries.

On this very spot beside the bridge across the Dijle river along the Mechelsestraat stood such a small community of bogaarden, from 1280-1590.

In 1590, this Bogaardenhof ended its independence by joining the Benedictines of the Abdij van Vlierbeek (Vlierbeek Abbey). Their lodging in the city, thus became a refuge house run by the Abbey.

Apart from being impoverished, the deal was mutually beneficial.

The Abdij van Vlierbeek was destroyed by the troops of William of Orange in 1572, and the Benedictines monks sought refuge inside the city walls and stayed there ever since.

By merging with the bogaarden, the monks now have a place to stay in Leuven.

This could be a reason why the bogaardenhof was by the time of the cartographer in the 1640s considered to be the abbey instead, because the real Abdij van Vlierbeek was laid in ruins.

In 1641/42, the Abbot of Vlierbeek decided to bring the monks back to Vlierbeek and rebuild their abbey.

The Arrival of the Oratorianen in 1641

With the Benedictines gone, the place was now occupied by some new kids on the block: the Oratorianen. Oratorianen were also secular priests, originally from Italy and France, who kept themselves busy with the underprivileged and poor children. On 30 October 1641, they bought the former Bogaardenhof for 34,000 florins.

They also built a church in the garden by the Dijle river, and it is part of the existing building you see today along the Mechelsestraat.

Yet these changes occurred just before the printing of the Atlas van Loon. Which is why the changeover was not recorded by the time the map was printed in 1649.

This is the reason why the current name of the building (which was part of the church) is Oratoriënhof.

But the French Revolution and the Industrial Revolution struck.
The Oratoriënhof property was divided into two:
The first half was broken down and sold as building material.
On the grounds, there were different breweries/malt house: De Witte Leeuw (The White Lion), then Dreyfus.
The other half became a hostel that was called ‘Jardins des Oratoriens’ or Oratoriënhof in Dutch. It was this Oratoriënhof that became the very good modern-day Italian restaurant you see today.