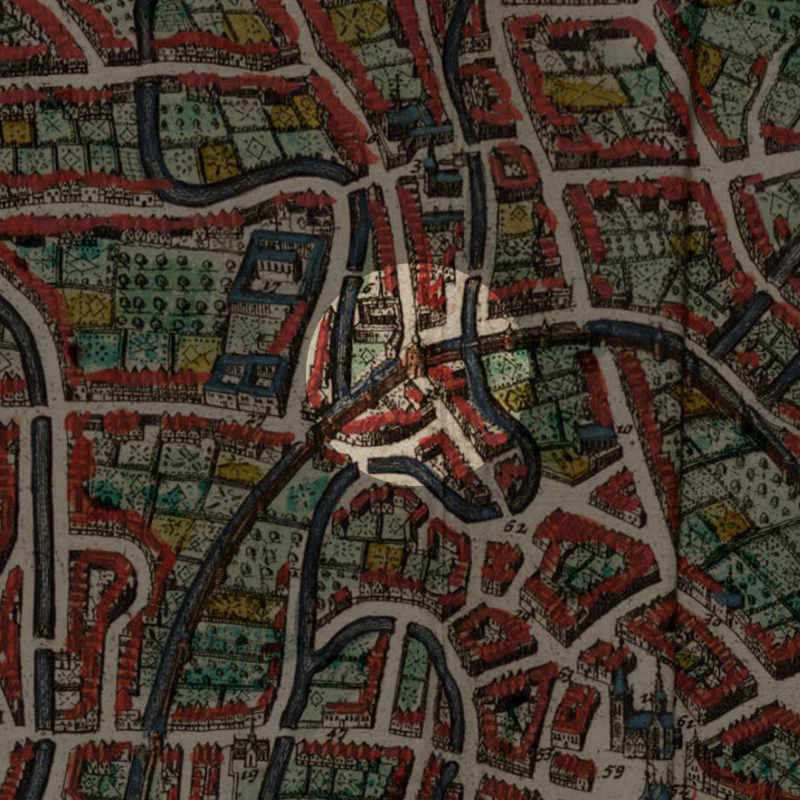 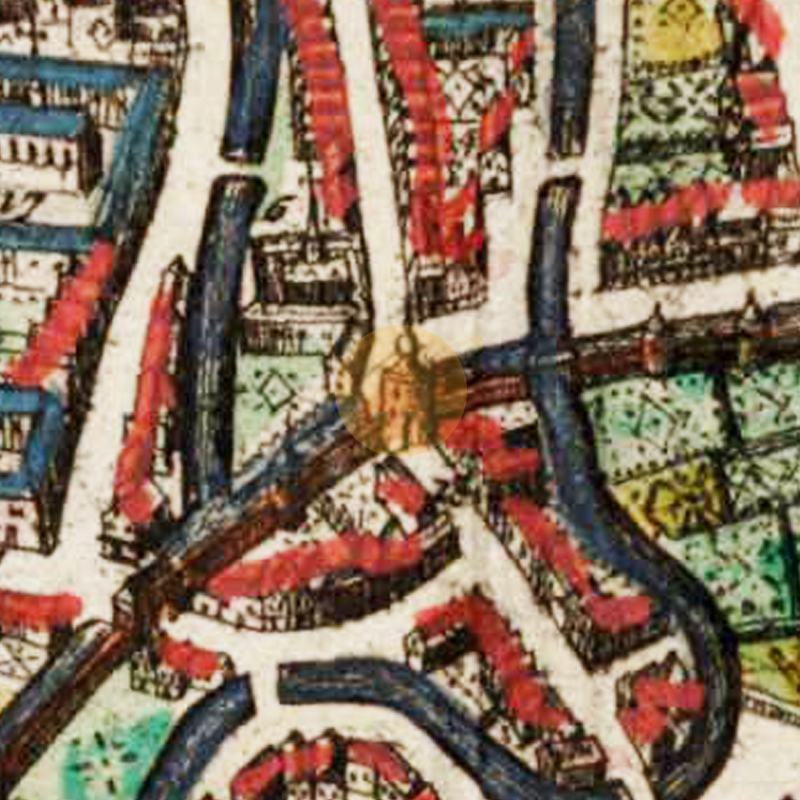 The First and Inner Defence Wall of Leuven: After 1190

In the Early Middle Ages, Leuven was defended by a primitive fence that stretched from the Aardappelmarkt (modern-day Vital Decosterstraat) to the Redingenstraat, while an arm of the River Dijle formed a natural border.

By the 13th century, when the city grew to be the permanent residence of the Grave of Leuven and Brussels, the need for a stronger defense bulwark became urgent. Historians have traditionally dated the construction of Leuven’s first defense walls to be between 1156 and 1165, during the reign of Grave Godfried III, due to the yearly tax he imposed on citizens for defense. However, the military features of Leuven’s wall such as anchor towers, arrowslits etc cannot date before the 1200s, making this estimate too early. It is now generally accepted that Leuven’s first city wall was built by Henry I (Henrik), the first Duke of Brabant (1190-1235). He also abolished his father’s defense tax in 1233.

Constructed with layers of sandstone from nearby Diegem and Zaventem and ironstone, the first defense wall was roughly 2,740 metres long with 31 watch towers, 11 city gates and 2 water gates.

The wall measures 1.70m thick and rests on a series of underground arches. On the field side, the wall rises to about 5m tall. On the inside, a continuous series of arches supported a three-foot-wide walkway. The wall had arrowslits that were reduced on the outside to a narrow opening of 90cm high and 5cm wide.

However, as the city grew rapidly in size, a second (outer) more impressive defence wall was built in 1357, rendering the inner wall somewhat redundant. But the inner wall and gates were not immediately torn down. Most of it only disappeared in the 18th and 19th centuries. Even so, we see more of Leuven’s inner city wall today than the more recent outer city wall. Very well-preserved remnants of the 12th-13th century wall can still be seen in the City Park, as well as in the Refugehof, the Handbooghof, in the Redingenstraat behind the Irish College, and on the Hertogensite. The outer city wall and gates were torn down completely in the 19th and 20th centuries to become today’s ring road around the city.

Below is the list of the gates of Leuven’s first city wall starting from the north going eastwards:

Named after the castle (Keizersberg) to which the street was leading to, the Borchtpoort looked like a simple undecorated city gate flanked by two immense circular towers. On the city side, on the right of the road was the “Pedagogie De Burcht” one of the four preparatory Arts schools of the university. On the bridge leading to the gate, field side, were two doors one on either side. They were escape doors for persons who happen to be outside the city when an invasion occurs.

The gate was also known as the “Boogaerden-Poorte“, because just outside was the community of the “Bogaarden” or “Begaarden“ (male equivalent of the Begijnen) before it was bought by the Abdij van Vlierbeek in 1590. Today it is the Oratorienhof. 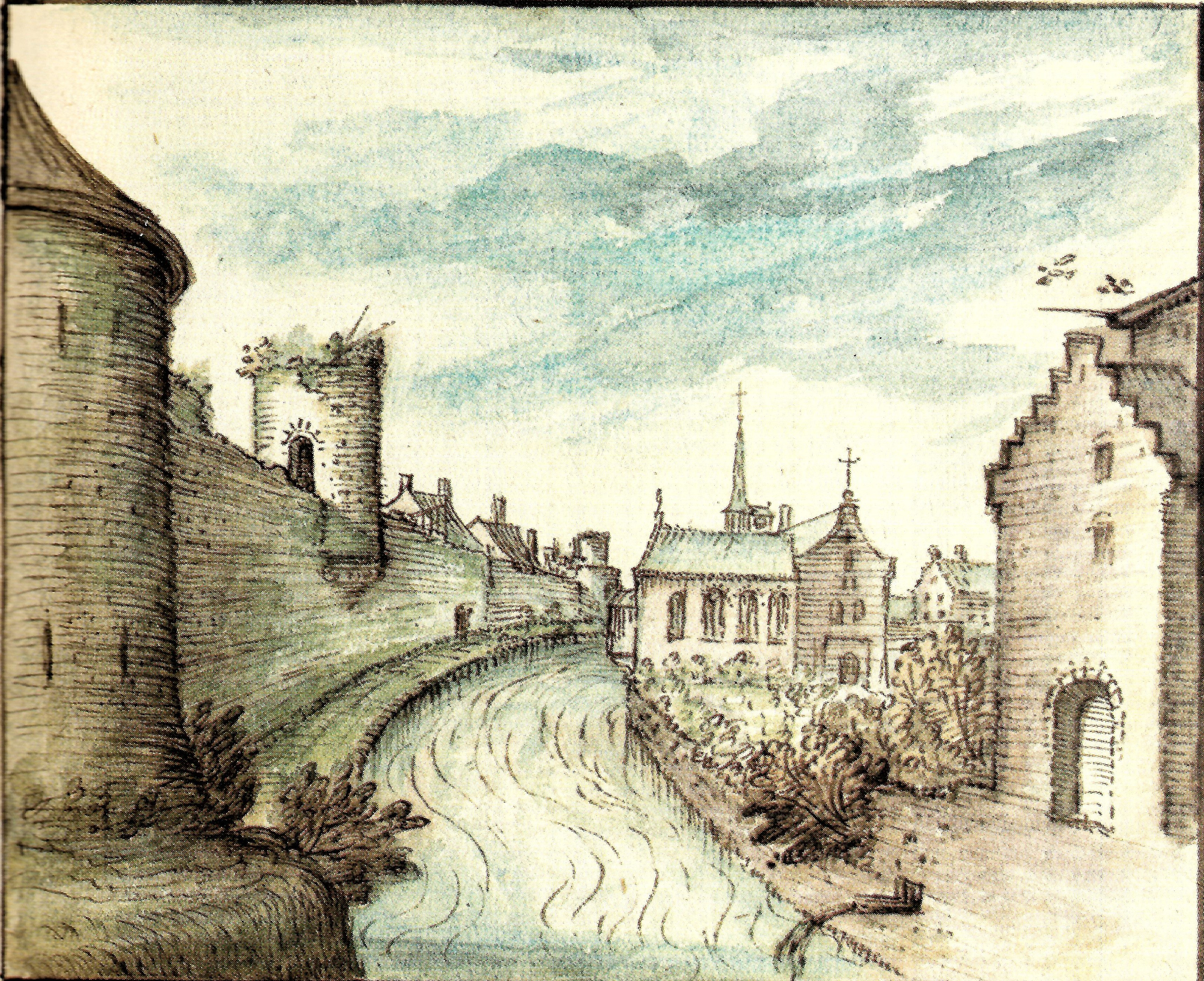 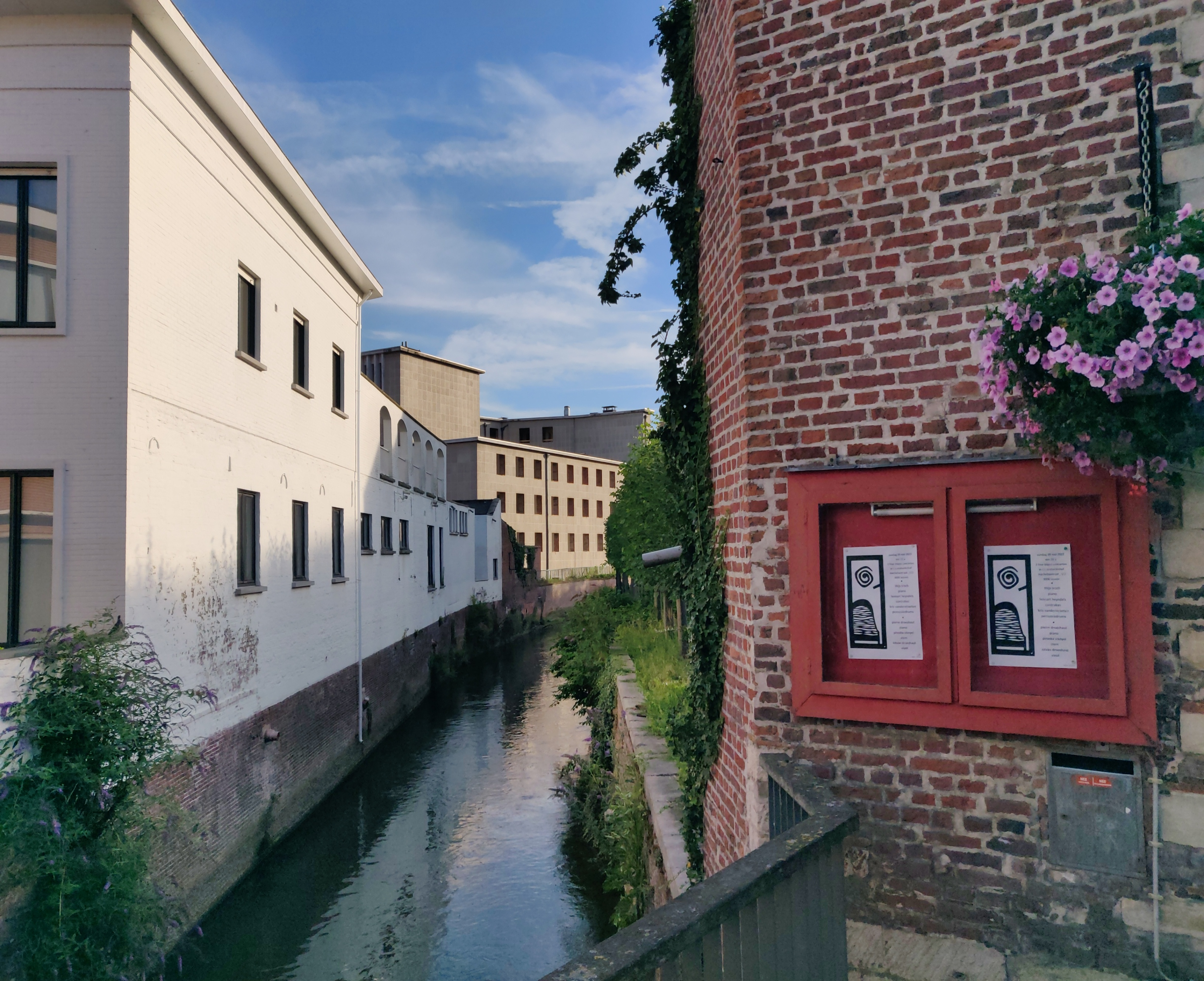 To the right of Borchtpoort, the wall extends towards the gate of Minnepoort along the river. To the right was the Abdij van Vlierbeek (Abbey of Vlierbeek), today's Oratorienhof and residential complex.

As recorded by Leuven’s city archivist and historian Edward van Even in the 19th century, the Borchtpoort was used as a prison for the university to jail delinquent students from the year after the university’s foundation in 1425 right until its dissolution in 1797.

The person in charge of catching and jailing students was the “promotor“, who patrolled the streets of Leuven day and night to carry out his duties. As his job included guarding the prison, the university bought two houses further up the Mechelsestraat (at today’s Number 131) so he could keep an eye on his prisoners.

Crimes committed by students ranged from petty offenses like public drunkenness and prostitution, to fights and murder. While being imprisoned in the Borchtpoort did not seem like a big deal back then, conditions were not humane and the fact that the university’s judiciary was independent increasingly attracted the attention of the authorities.

A student who was imprisoned on 6 February 1773 was found nearly frozen to death. Others who were with him had been eating snow for a couple of weeks. Another student prisoner escaped in 1783 only to launch a high-level secret complaint in Brussels.

The city administration finally passed a resolution on 12 January 1796, to tear down the Borchtpoort, because it was “nothing but a big pile of stones that annoys the citizens, obstructs traffic and causes frequent accidents“. By 1797, just like the University, the Borchtpoort was no more. 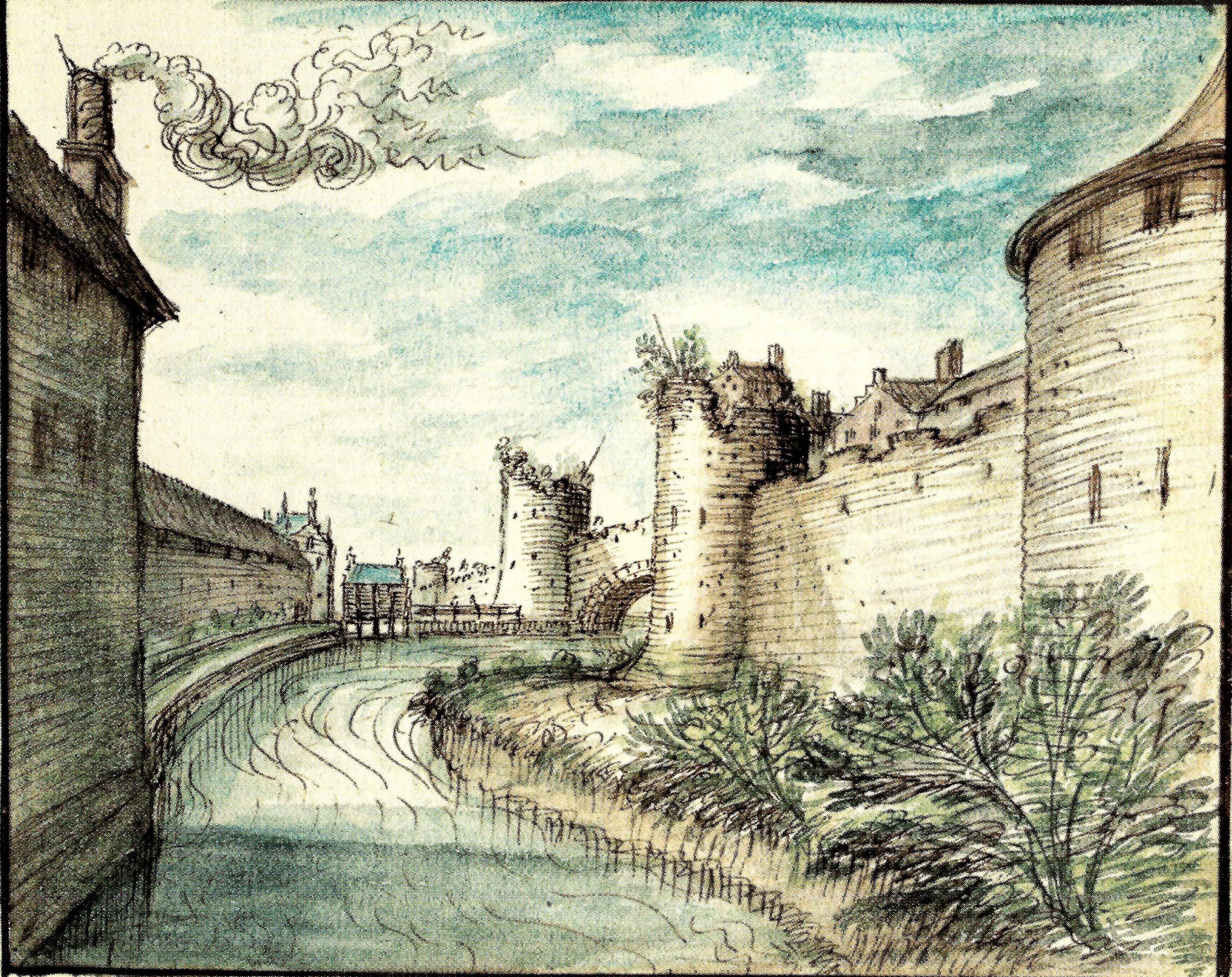 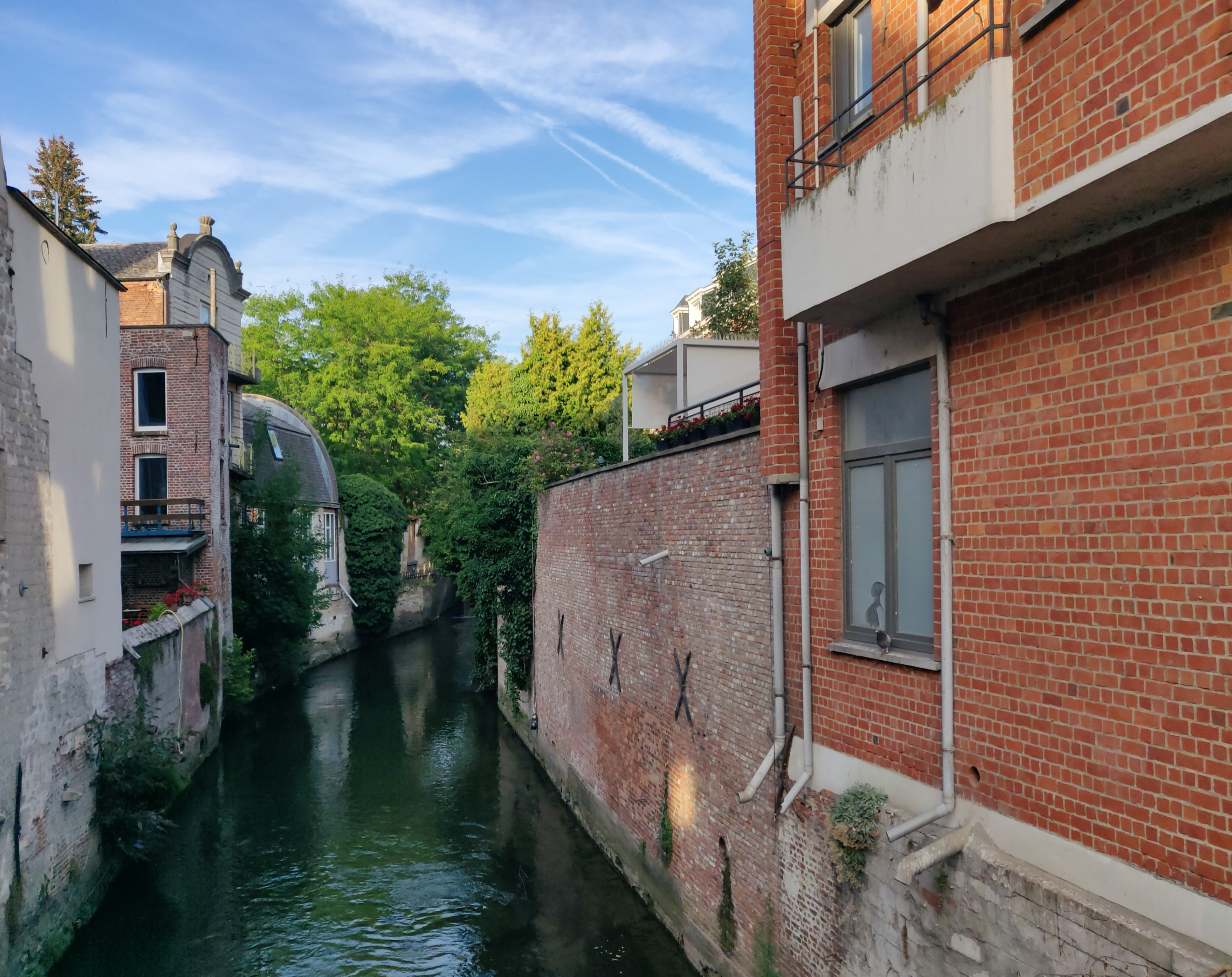 To the left of Borchtpoort, the wall follows the river towards the water gate of Sint-Geertruisluis (St Gertrude's sluice) beside the abbey of the same name.

Nothing remains of the Borchtpoort today on the Mechelsestraat. But if you look on either side while standing on the bridge and facing the city side, you will see the contours of the wall along the river have stayed remarkably the same.

During the renovation of the Mechelsestraat in 2019, the foundations of the Borchtpoort were revealed and displayed for public viewing for a few days.