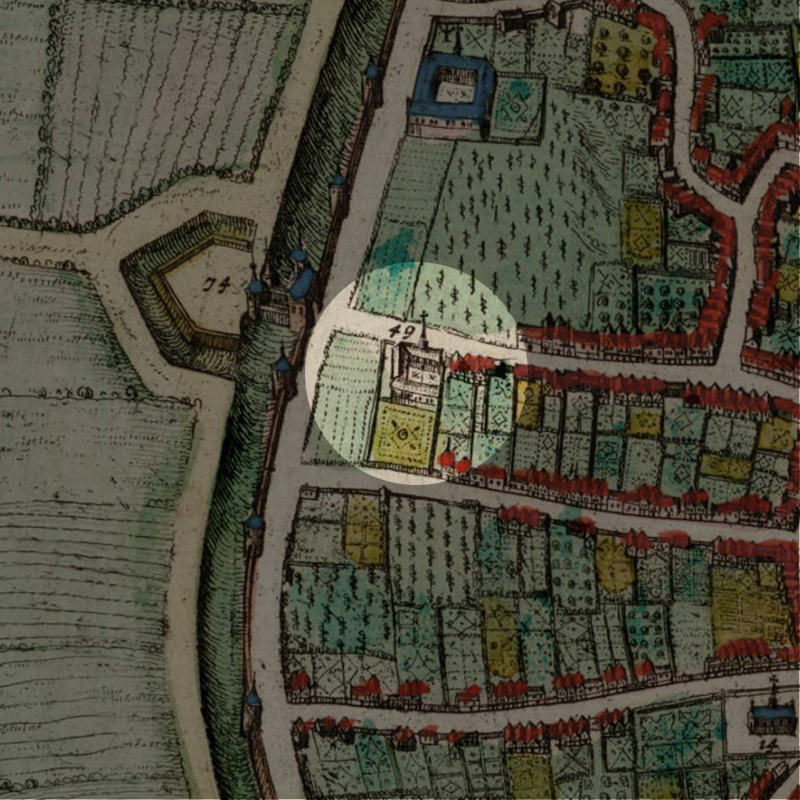 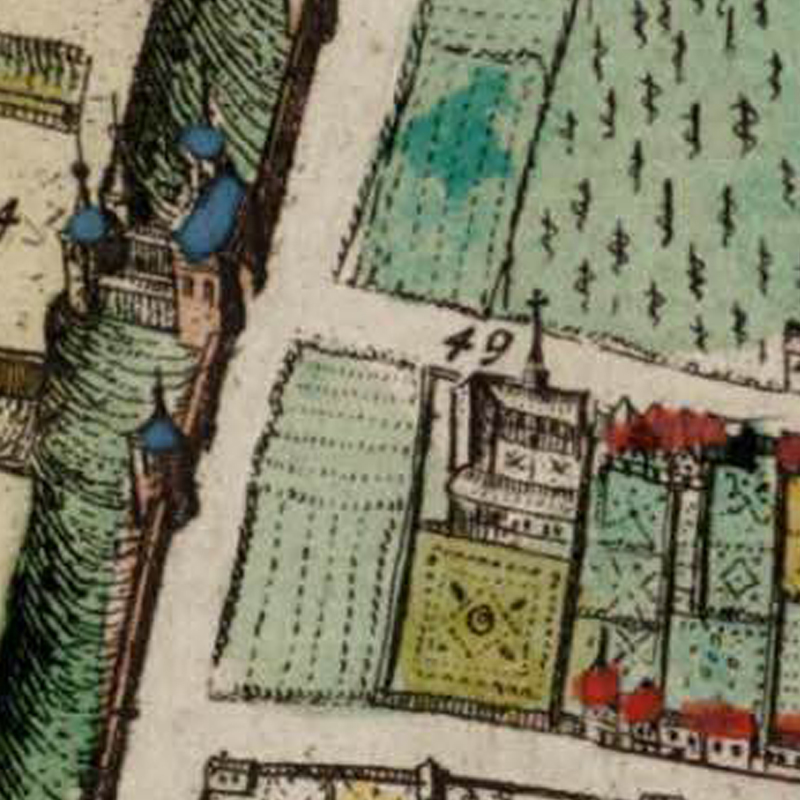 The Alexians were a priestly community that started in the 13th century out of the beguines and boggards movement present in the Low Countries and the Rhineland. They were first a brotherhood of men, spontaneously formed, to care for the plague victims and burial of the dead. Both loved and dreaded – for their sacrificing work in tending to the diseased and for their association with it – the Alexians lived in their compound, in individual cells.

Hence the name ‘Cellites‘ in English, and ‘Cellebroeders‘ in Dutch.

The first Cellebroeders appeared in Leuven in the year 1345. They established themselves in the village of Biest (that used to be extra-muros, then after the second city walls were built, became intra-muros), where they built their cells, known to locals as the ‘Biestcellen‘.

Working for the parish of Sint-Jacobskerk, the Cellebroeders had the monopoly over the dead, not just in this parish, but throughout the whole city: they cared for the plague victims, received those ‘sick in their minds‘ (the mental health patients) and buried the dead.

So important was their work, which was shunned by all others, Pope Pius II officially recognised the Alexians as an order in 1458.

Leuven suffered severely in the various episodes of the plague in the Middle Ages which depleted the population, especially in the year 1578. The Cellebroeders played a huge role in tending to the sick and the dead.

They wore black habits and often with masks, and were a dreaded sight for the living.

The First Cellebroedersklooster and the First Fire

The ‘monastery’ of the Cellebroeders was not exactly a monastery, not just because it lacked a chapel but also they were not quite friars themselves but some sort of religious undertakers. As such, they used the parish church of Sint-Jacobskerk for all worships and ceremonies necessary.

Death was and probably still is a lucrative business, especially when deaths occurred on a large scale during an epidemic. During the times of the plague, Cellebroeders were known to have asked for ‘double the price’ to bury the dead. After the Reformation, the centralised administration of the Alexian Order broke up and it soon came to the attention of the Archbishop of Mechelen, Alphonsus van Bergen, that money could be made by controlling the Cellebroeders. By instigating the Secret Council of Brabant to give him financial oversight of the Order, the Archbishop was now directly controlling the activities of the Cellebroeders, and more importantly, the money they were making.

The successor of Alphonsus van Bergen, was De Precipiano. Under the new Archbishop, the Cellebroeders had a chapel built in their monastery in 1695.

But the cells and the chapel were built to the grounds in 1735.

Since the times of the plague were gone, the caring of the mentally-ill became more important. The Cellebroedersklooster was immediately rebuilt. It even expanded in 1750 with a spacious refectory with wooden paneling and paintings.

The Second Cellebroedersklooster and the Second Fire

When the French Invasion took place and all religious institutions were banned, the Cellebroeders were the only ones spared (apart from the Priorij van de Heilige Ursula en de 11.000 Maagden which masqueraded as a girls’ school). They were free to practice their craft but were forbidden to wear their distinctive black habit. They also lost their monopoly on burials and this led to the organisation of private undertakers in Leuven in the 19th century. Above all, the city now obliged the regular presence of a doctor during patient visits by the Cellebroeders.

According to witnesses, the fire was so big, the wooden refectory burnt like a giant torch. It was so uncontrollable, that the city administrators could do nothing, apart from letting the fire blaze through the night.

It was not known how many patients or friars died in the fire, as nothing but ashes were left. The remains of the former Cellebroedersklooster were hastily covered over.

On this site, the Franciscan Friars built a study house, in which they remained for a few decades, before it came into the hands of the new university KU Leuven. The university built a student hostel ‘Camilo Torres‘ on the site.

For the Cellebroeders, the fire forced them to move outside the city walls, further from the Brusselsepoort in the Herestraat. Here, they continued to care for the mentally-ill in a park of 17 hectares. Their chapel was built in 1891. This mental institute functioned until the 1960s, when the Lemmensinstituut from Mechelen took over the site. Today, this Lemmensinstituut has become the LUCA School of Arts, associated with the university KU Leuven.

Where the dead refuse to die: Student Hostel Camilo Torres

The fire of 1889 ended the five-and-a-half centuries of the Cellebroeders’ work in Leuven, as carers for the mad, the dying and the dead.

The disaster buried many of them and their patients, as they have buried others in all those centuries.

In 1968, the KU Leuven built on this macabre site the student housing called Camilo Torres, designed by Jan Delrue and Guido Konings.

According to the site camilotorres.be, the masonry of the Cellebroedersklooster is still visible in the gardens of the student residence.

The site still contains as many as 3 rows of 5 burial chambers, where the dead were placed before burial. Each burial chamber measured 3.5m long, 1.8m wide and 2.3m high.

In 2005, a drunk student fell into one of these and was trapped.

This prompted the university administration to hastily cover and lock up the exposed chamber WITH A PADLOCK (!).

It is only a matter of time that the covers of these chambers would sink in one day, and accidents are just waiting to happen.

The former Cellebroedersklooster is currently the student housing Camilo Torres of the KU Leuven. There are very few traces of the monastery still visible above ground, although the cellars and underground burial chambers are still there, all hiding from plain sight.