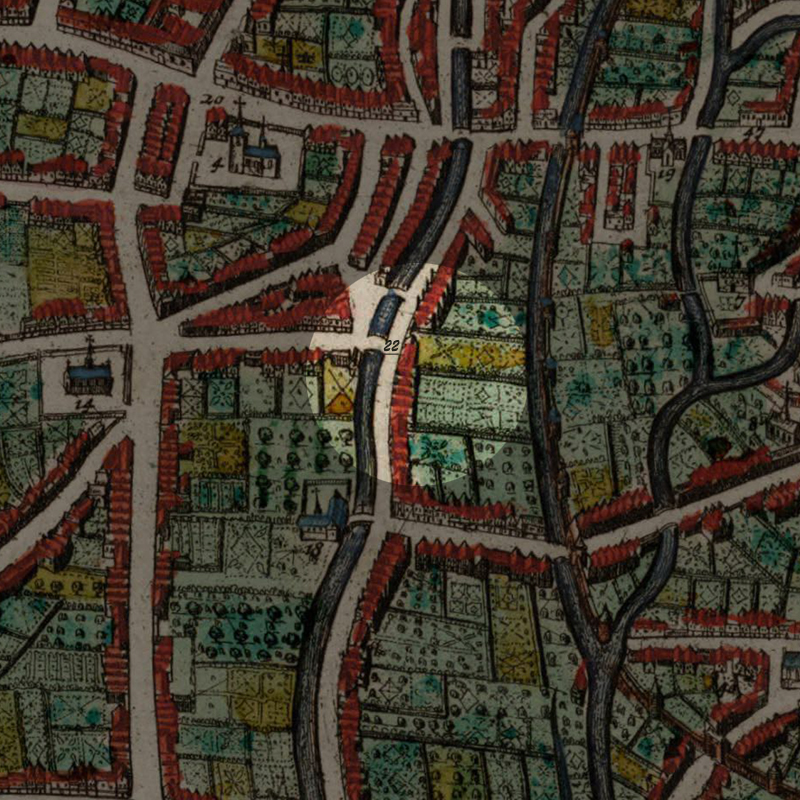 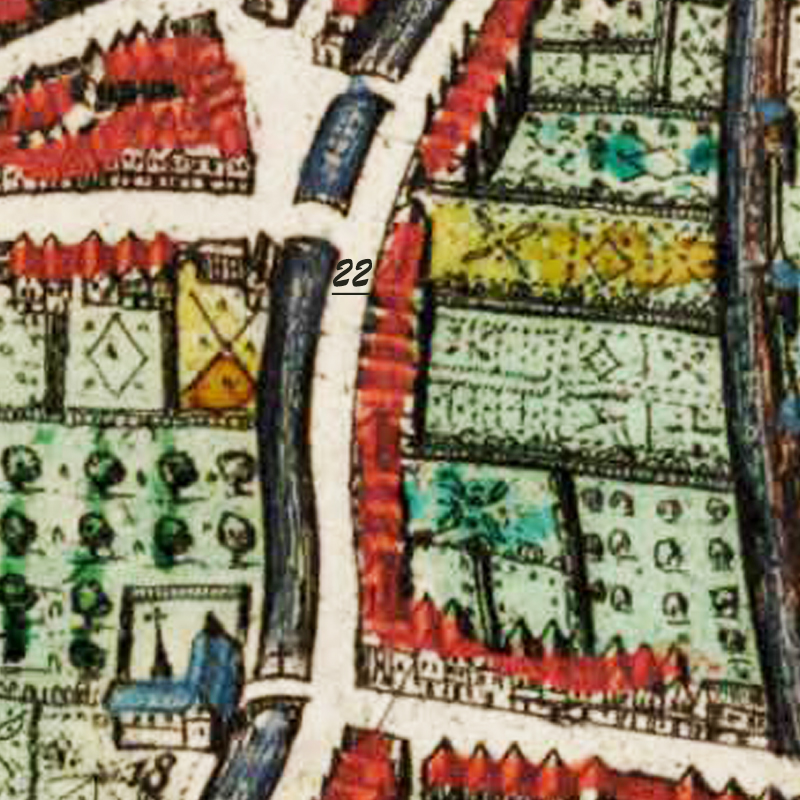 Following King Henry VIII’s anglican reformation, numerous English nuns sought refuge on the continent and many of them arrived in Leuven in 1540. These sisters were first welcomed and received by the the Priorij van de Heilige Ursula en de 11.000 Maagden located on the Halvestraat.

Among them, Mother Elisabeth Woodford first arrived, then her acquaintance Margaret Clement in 1557. Clement took her vows in 1559, barely 30 years old, and she was soon chosen to head the new English convent.

The Founding of Sint-Monicaklooster along the River Voer

Along the River Voer (today a cover-over by a road known as the Kapucijnenvoer) was the former refugehouse of the Benedictijnerabdij of Sint-Truiden which later became the refugehouse of the Abdij van Vlierbeek. This property was sold to the English sister in 1609, who founded their own convent there.

With the support of Cesar Clement, Deacon of the Sint-Goedelekerk in Brussels, nephew of Mother Clement, and the English Lord of Lancaster, Thomas Wortington – whose daughter was lodging at the Priorij van de Heilige Ursula, the English sisters were able to purchase the property.

The Sint-Monicaklooster grew in size

The Sint-Monicaklooster received the approval of the Archbishop of Mechelen, Mathieu van den Hove, in 1618 and its church was built in 1624.

The sisters dedicated their new convent to the immaculate conception of Virgin Mary, to the protection of St Michael and under the name of St Monica.

According to Leuven historian, Edward van Even, the church as was little masterpiece of beauty and of cleanliness. There were three altars, with the centre-piece a charming painting by G. de Crayer named ‘Dieu le Père présentant au peuple son divin fils attaché à la croix’.

Each new aspiring sister had to first be presented to the Priorij van de Heilige Ursula en de 11.000 Maagden, before she could take her vows. This shows the continued close ties between the two.

The sisters of Sint-Monicaklooster also ran a lodge of young English ladies of Catholic faith, with much success.

Soon after the founding of Sint-Monicaklooster, in 1629, these English sisters founded a “pilgrims’ house” in Brugge. By 1650, the house became the “Onze Lieve Vrouw van Nazareth” (Our Lady of Nazareth) or more commonly known as the “Engels Klooster” (English Convent), that still exists today on the Carmersstraat in Bruges.

On 5 July 1775, it was noted by the Leuven inhabitants that the 150th anniversary of the consecration of the church in Sint-Monicaklooster was celebrated ‘with much pomp’.

The End of the Sint-Monicaklooster

When the French arrived, the invaders sold the Sint-Monicaklooster in 1798 and the church was completely demolished. After the French occupiers have left, the convent itself was occupied partly by the Sisters of Charity and partly by the Maricollen sisters.

The Cilice of St Thomas More

After the Sint-Monicaklooster seemed to have been divided into two parcels. On the left, was an existing shelter which was torn down in 1927 to make way for a new building to house the Sint-Elizabeth nursing school, designed by architect Léon De Braekeleir. In 1932, this new school was incorporated into the Sint-Pieterziekenhuis (Leuven’s hospital). On this same site, a cancer institute was founded, called the Sint-Rafaëlinstituut. Under the order of Rector Paulin Ladeuze, this too was incorporated into the Sint-Pieterziekenhuis.

There is absolutely no trace of the Sint-Monicaklooster anymore in Leuven.

The Sint-Rafaëlziekenhuis has been torn down (see photos), together with the Sint-Pieterziekenhuis, to form the new city project of Hertogensite. On the right parcel of the Sint-Monicaklooster where the public school was, the school building has now been turned into a co-housing project BotaniCo.