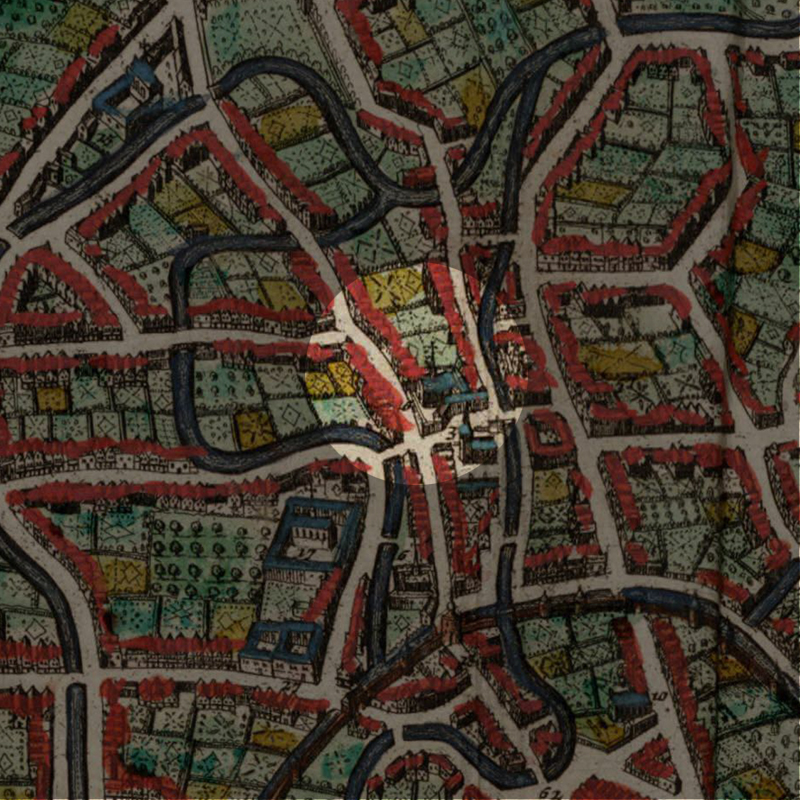 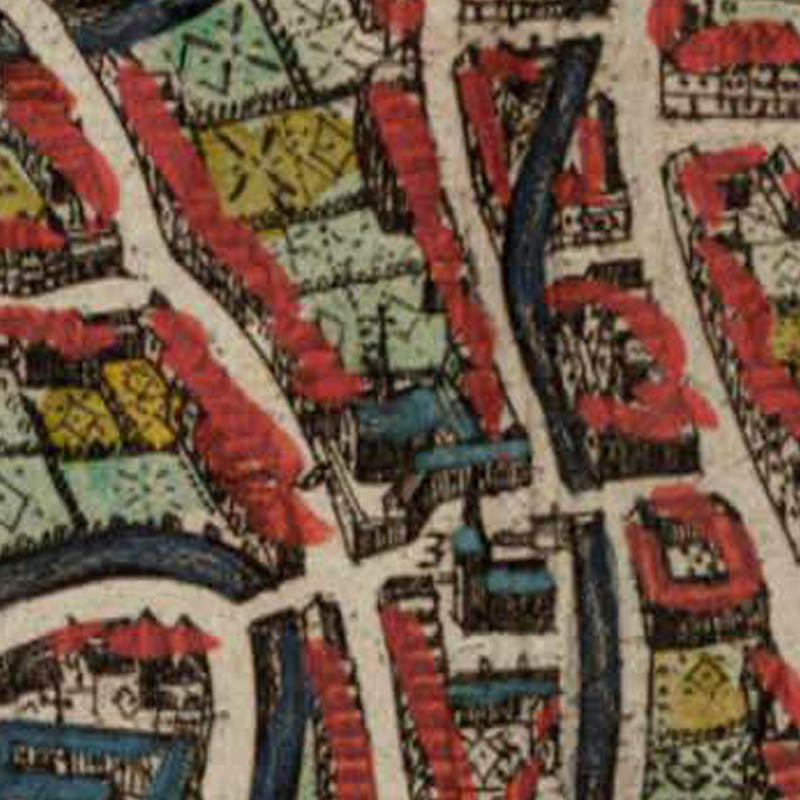 Unlike the beguinages in Mechelen, the two beguinages in Leuven (this and Het Groot Begijnhof) had nothing to do with each other.

The Klein Begijnhof was also called the Beguinage of Saint Catherine (Sint-Catherina) or of Saint Gertrude (Sint-Gertrudis). Its first record came from 1269, when a certain beguine called Bertula “beghina de sancta Gertude de Lovanio” made a contribution to the Priory of Saint Gertrude. There was mention of an infirmary here in 1275, and it was likely that the beguinage grew out of this infirmary.

The Klein Begijnhof only grew in size in the 17th century. It was only in 1636 that they had their own church when they became a parish five years earlier. It was this church that is visible on the map that we are looking at.

But the Klein Begijnhof never grew bigger than what it was. At its peak it only had a community of 90 beguines.

The French Revolution turned the Klein Beguinage into an independent charity organisation in 1796. But by 1830, only four beguines were left.

The church was broken down in 1862 and the ancient infirmary (north of the church) was torn down in 1954 for the expansion of the Stella Brewery.

The Klein Begijnhof became a protected monument in 1974. The houses were restored in different phases between 1983 and 2001 by architect Daniël Depoorter.

Most of the houses date from its growth period in the 1600s. But the original construction can only be seen in Numbers 23 and 27. Numbers 16 and 19 most likely date from before 1600s.

Number 1 (left side of the main street) located by the now-disappeared gate used to belong to the Gate-keeper. Luckily for her, someone had the brilliant idea of installing public urinals for men on the outer wall. She would not have liked that.

The Klein Begijnhof is nothing in scale compared to its bigger sister. During the restoration, the city decided to whitewash the facades of the houses – as they used to be. So even though the two beguinages date from the same period, they now look completely different.

Yet due to the white walls, this is one of the most Instagrammed spots in Leuven.

The buildings were given to the Belgian Dutch-speaking social services – OCMW – after the French Revolution. After restoration in 2001, some of the houses were sold to private individuals, while the rest were rented to low-income tenants.