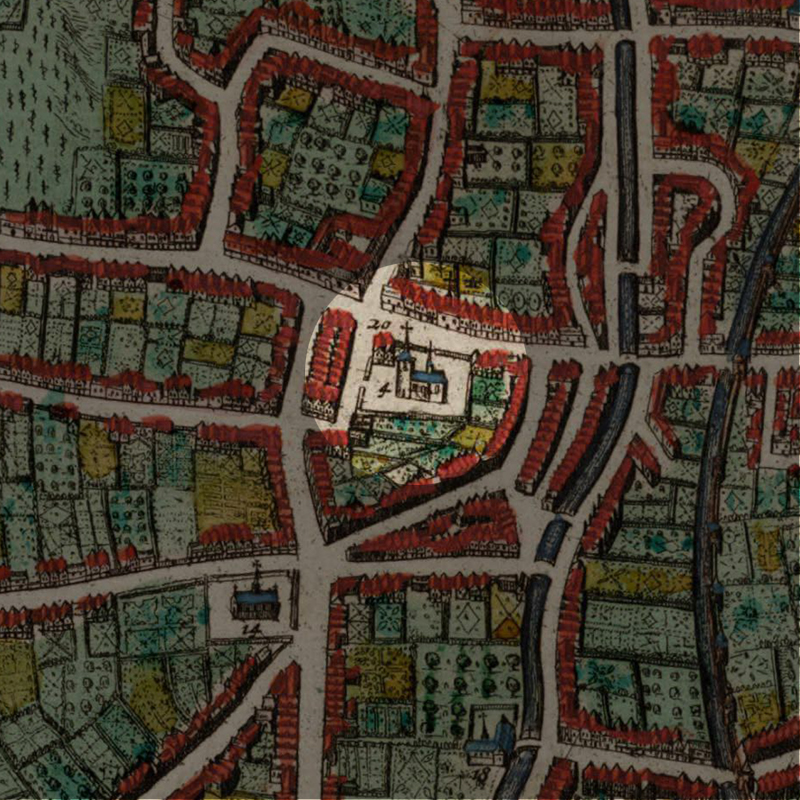 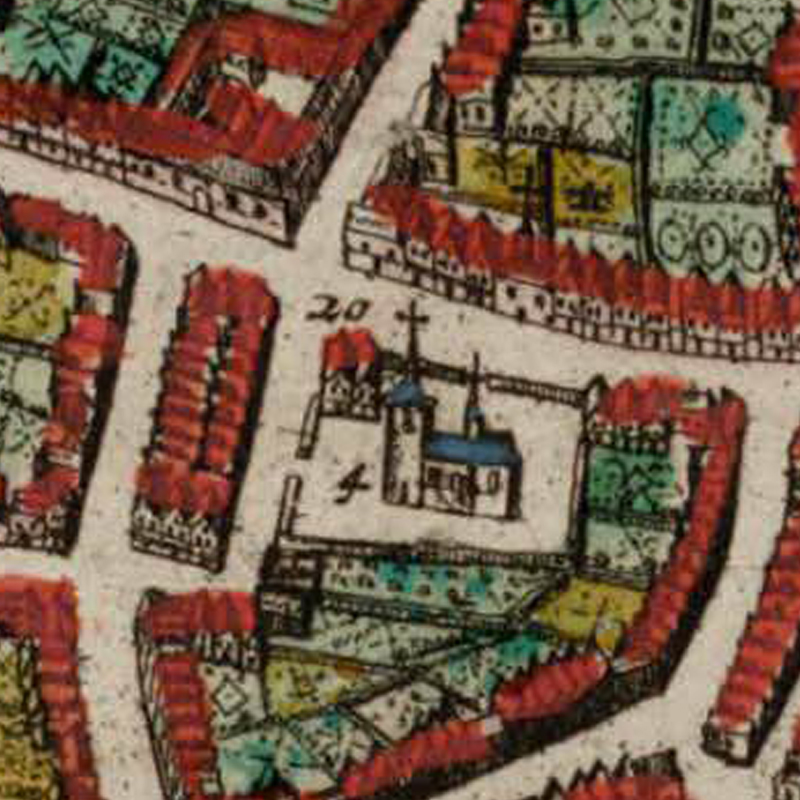 On the spot where the Brusselsestraat meets the Goudsbloemstraat, was the St-Lawrence Guesthouse (Sint-Laurentiusgasthuis) that existed from 1290 to 1800.

It was originally set up for the pilgrims on their way to Santiago de Compostela in Spain.

Property of the Church, the centuries-old Sint-Laurentiusgasthuis had 10 beds for the sick and weary, as well as a small chapel.

In 1545, the Church closed down the Sint-Genovevagasthuis on Diestsestraat, by fusing it with the Sint-Laurentiusgasthuis.

In the year 1700, the Archbishop of Mechelen, Humbertus Guilielmus de Precipiano, gave it to the nearby Sint-Jacobskerk to run, as it had turned into a nocturnal refuge filled with “drunkards, beggars, and persons with bad intentions“.

But in 1800 right after the French Revolution, the guesthouse stopped functioning and in 1806, the ancient chapel collapsed and taking with it parts of the guesthouse.

Traces of the guesthouse could still be seen on the spot by the end of the 19th century, all of which have since disappeared.

The spot of Sint-Laurentiusgasthuis and the tiny square itself was called the Blue Corner – Blauwe(n) Hoek – in the Middle Ages.

It was in fact a corruption of the name “Blijde Hoek”, which means “the happy corner”. This is because the square used to host a number of breweries along the Brusselsestraat.

Incidentally, in front of the Sint-Laurentiusgasthuis, the square was occupied by the wool market in medieval times.

Back then, the Blauwe Hoek cut the modern-day Brusselsestraat into two:

The 100 year-old cooking utensils shop Mafrans located on the Diestsestraat closed recently in 2019. Its founder Philippe Mafrans started out selling agricultural tools on the Blauwe Hoek.