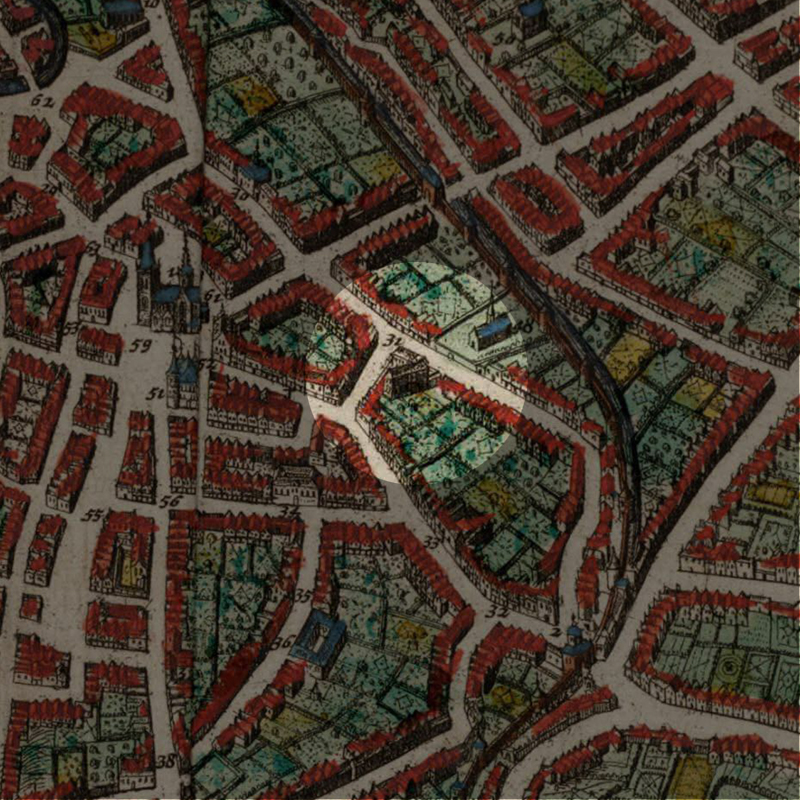 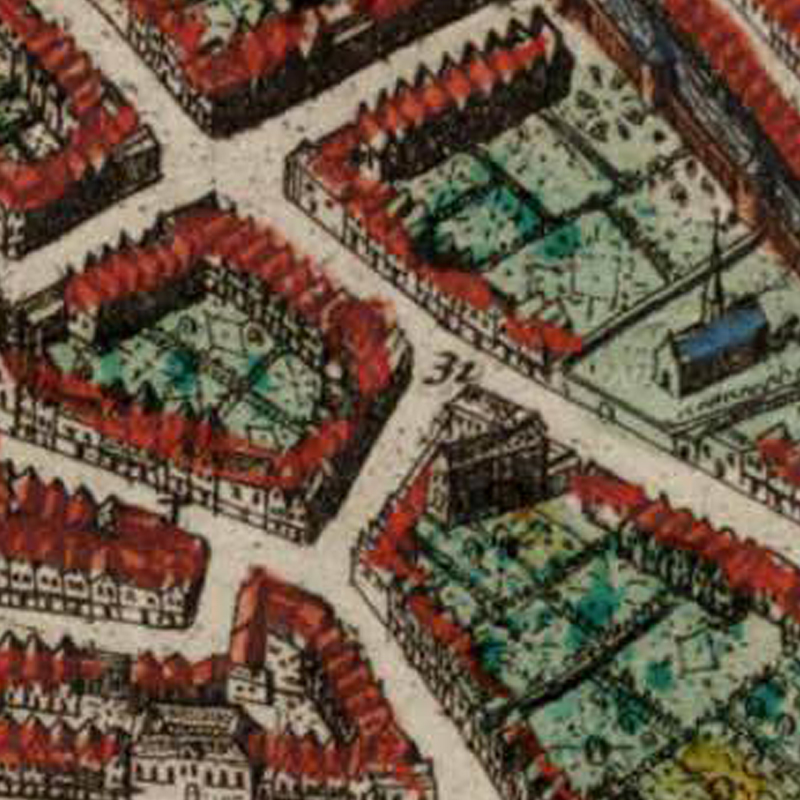 Founded in 1551 by Eustachius (Eustache) Chapuys, adviser to the Holy Roman Emperor Karel V (Charles V) and to Catherine of Aragon and ambassador to England, the College van Savoye was a sort of retirement project for Chapuys.

In 1547, Chapuys bought a parcel of land on the Penningstraat (former name of the Savoyestraat) from the Abbey of Hemiksem, and in 1549, he started transforming it into a hostel with library, a dining hall and a chapel. The College van Savoye was so named, as it was meant for students from the Duchy of Savoy (in today’s France) and preferably from nearby Annecy where Chapuys was born. After his death in 1556, Chapuys was buried in the college’s chapel.

We know a lot about the buildings of the College van Savoye as it was recorded in some reliable sources. First of all, the wing along the Savoyestraat was divided into an eastern and western wing. The eastern part of the eastern wing contained the chapel and the streetside facade had three large pointed arch windows, while the western part had three floors and cross windows. The gable roof was cut into two by a late-Gothic pinnacle in the middle. The building was separated from the street by a fence wall. The western wing is now incorporated fully into the House Vander Kelen-Mertens. It contains two floors and the eastern facade of the west wing overlooked an inner garden like how it still does today.

Together with the rest of the University of Leuven, the College van Savoye was banned in 1797 under the French occupation. The chapel was demolished in 1807 and the wing along the Savoyestraat ended up in 1858 under the possession of the Leuven mayor Leopold Vander Kelen. Vander Kelen and his wife Mertens transformed the streetside wing of the property into a wine and liquor store while they changed the west wing into their living quarters.

Leopold’s son inherited the property in 1917 and he gave it to the city of Leuven to be transformed into the municipal Museum Vander Kelen-Mertens after his parents, that opened on 12 September 1920. Despite being protected as a monument in 1922, the medieval remains of the College van Savoye was torn down in 1924.

Only the Baroque gateway from 1650 remains.

The whole site was re-developed in 2004-2009 into the new Museum M, designed by architect Stéphane Beel.

The Museum M occupies not one but three former sites of the University of Leuven.