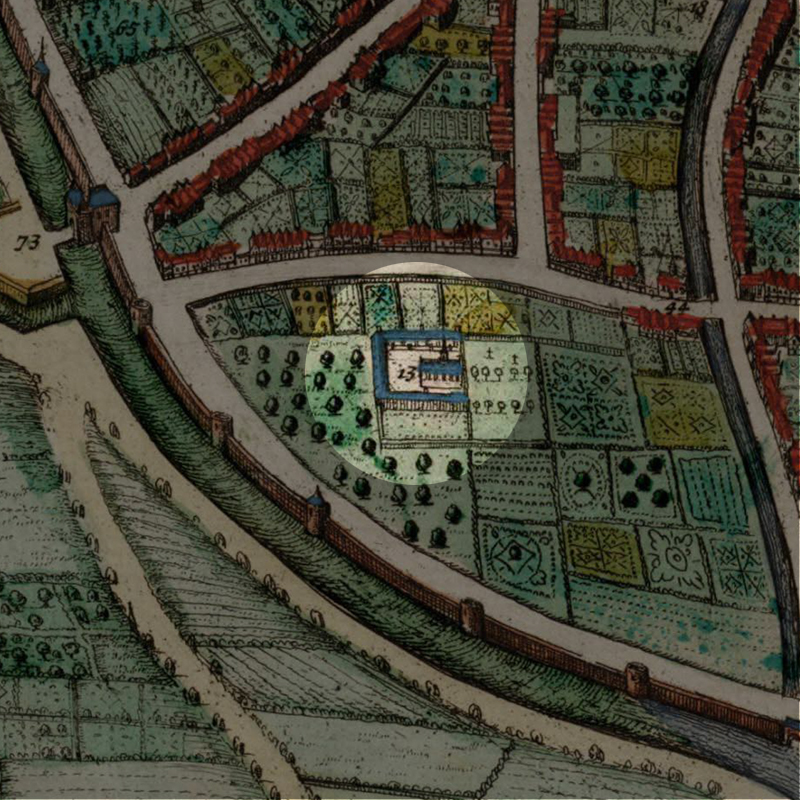 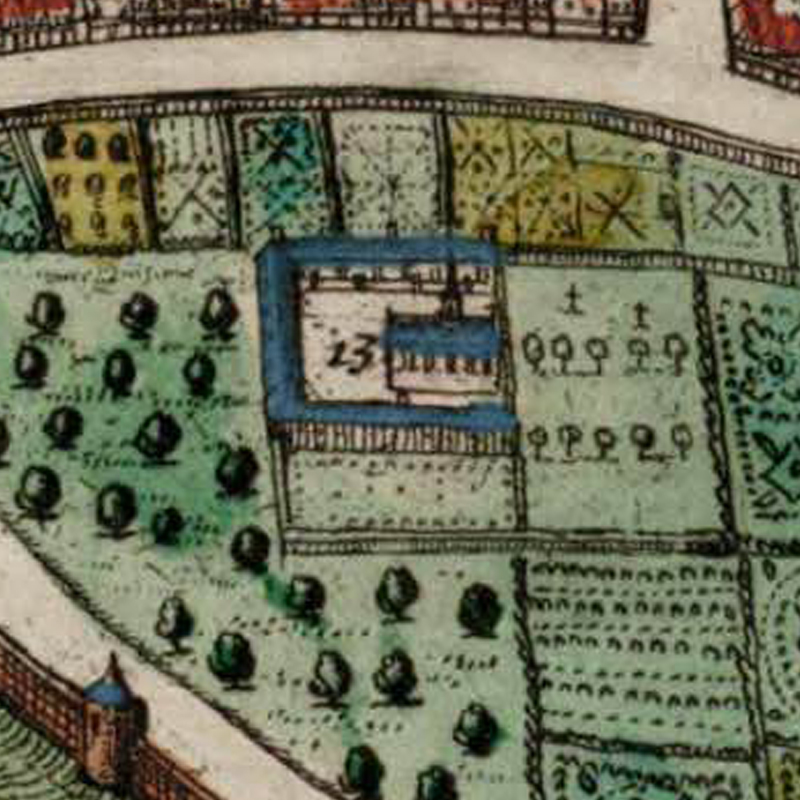 According to records, on 19 December 1486, Woutier Watelet (or “Walter van Waterleet”) Chapelain to the Duke Karel de Stoute (Charles the Bad) bought the domain of “Redingen” in Leuven for a sum of 1100 florines.

Watelet then gave the land to the Order of the Carthusians, which gathered the priors in Ghent, Antwerp and Herne to built the new monastery.

It was only in 1491 that the monastery opened its door for business. There were 21 cells in total.

And in 1521, the monastery joined the University of Leuven and enjoyed the same privileges as a member, like other monastic orders in Leuven.

But the later centuries do not do well for the monastery.
In 1753, Empress Maria-Theresa confiscated much of the financial wealth of monastic orders.
In 1779, Austrian troops stationed in the monastery did much damage with an explosion while loading their munitions.
On 25 April 1783, Emperor Joseph II of Austria banned all monasteries in the Southern Netherlands.
Many valuable paintings were lost forever.

Then the French Revolutionaries turned it into a bakery for the city.
In 1806, the monastery church was broken down and throughout the entire 19th century, the land was used by gardeners and farmers.

Fortunately, a Canon named Armand Thiéry (Gentbrugge 1868–Leuven 1955) came to its rescue. With his huge inheritance, he bought the entire ruins in 1912 and began a restoration campaign. During this time, the site was very briefly used as the Monastery of the Order of Friars Minor Capuchin (Kapucijnenklooster).

The most beautifully melancholic spot in Leuven

The layout of the area still retains the original plan, as you can see from the aerial view.

The Carthusians are also called the Order of Saint Bruno, founded by Bruno of Cologne in 1084 as a hermetic order. The word “Carthusian” refers to the Chartreuse Mountains in the French Alps where Bruno built his first hermitage.

Modelled after the 4th century Lauras Hermits of Palestine, Carthusian monasteries consist of individual cells built around a cloister.

You can walk around the area today, and very clearly imagine where the 21 cells were located. Many of the walls around the compound are original from the 16th century. There are wall chapels against the surrounding walls of the cloister, added in the last century, but I presume these mark out the individual cells of the Carthusian monks.

Also, there is a kitsch Lourdes grotto added in the same period. So this place has actually become a haven for those seeking solace and peace, as it was intended five hundred years ago, despite all the bloodshed in-between.

To be frank, this has to be the most beautifully melancholic spot in Leuven.

The KU Leuven (University of Leuven’s current form) bought the area in 2005 and conducted a study on how to make use of it: they wanted to build new buildings and put in an underground carpark. The local community rose up against this decision and works were halted, for now. As an unofficial pilgrim site mentioned above, it makes it harder for the landlord to bulldoze the whole place down.