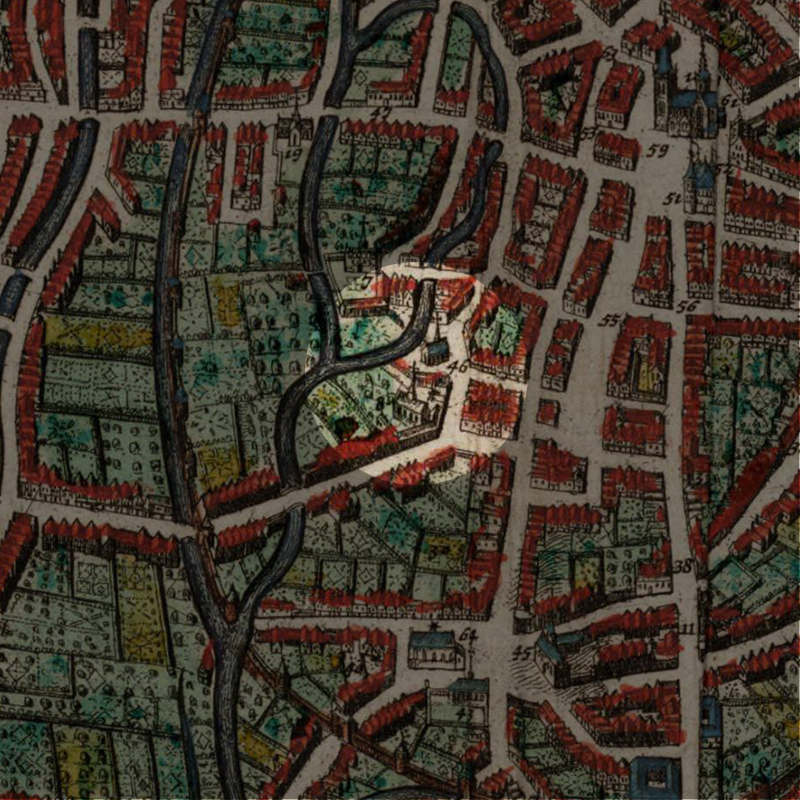 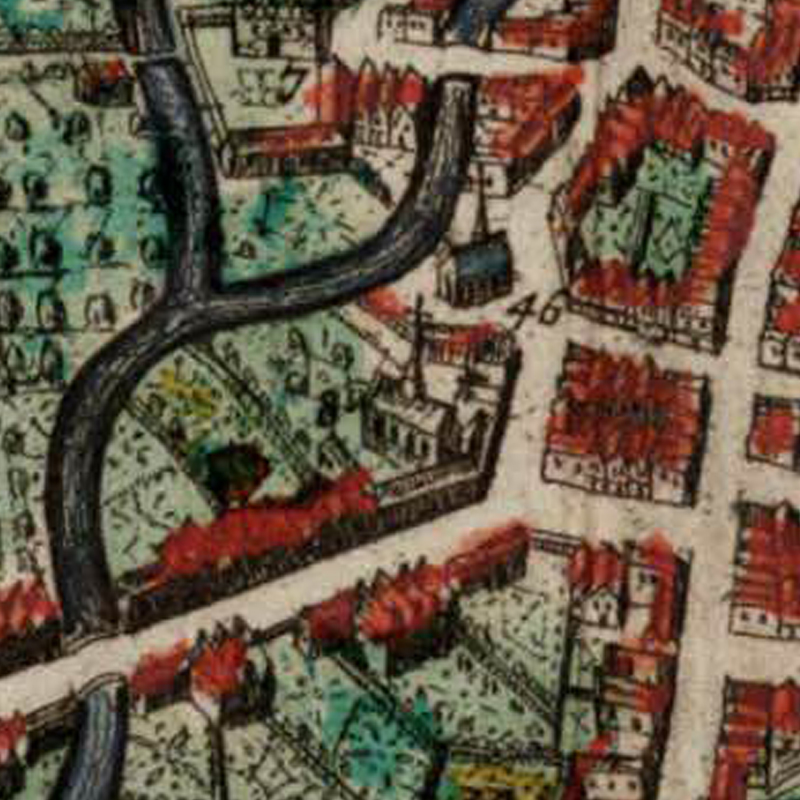 The Order of the Friars Minor were founded in 1209 by Francis of Assisi, hence the members are also known as the Franciscans. They established their first monastery here in Leuven on this spot by the Minderbroederstraat in the year 1231, which set the course for it to become the “high street” of religious orders. The Kapucijnenklooster (Capuchin Monastery) was built in the 16th century, followed by the Ursulinenklooster (Ursuline Monastery) in the 17th century.

Once the Franciscans arrived in Leuven, they were met with sympathy from the whole population. The Friars Minor were known for their vow of poverty, which also gained them the trust and respect from all. But with the little support they received, this business model needed to be changed: by the 15th century, the Franciscan Order had to be reformed in order to allow them to own temporal possessions. In Leuven, the Monastery was occupied by the ‘Observants‘ – the friars who prefer to stick to the old rules of poverty. Because of this, they gave the earnings from their properties to the Sint-Pieterskerk and to the hospitals of the city. This practice continued right until the dissolution of the monastery.

The piety of Leuven’s Franciscan friars did not go unnoticed. The uncle of St Louis de Gonzague, Francis de Gonzague said: “Such is the piety of this house, such as its zeal for regulatory discipline, that it should be considered for the title of the most perfect community, not only of all Brabant, but of the whole Order itself.”

Likewise, Cardinal Quinonius wrote after visiting Leuven’s Minderbroedersklooster: “Even the stones of Leuven’s monastery are holy, and they exhale a perfume of virtue that I didn’t even know of!”

The grounds of the Minderbroedersklooster covered from today’s Waaistraat/Minderbroedersstraat, including the main arm of River Dijle up until the opposite of today’s Refugehof.

The corner of Waaistraat and Minderbroedersstraat was where the church was located, while the whole side along Waaistraat was the main monastery building which included a theology college. The rest of the grounds were gardens and plantations.

The church of Minderbroedersklooster was consecrated in 1233. It was destroyed by a wind storm in 1343 and was restored in 1355. In 1536, the church received a new choir which was launched with much pomp. As you can imagine, the Minderbroedersklooster was not gilded in gold because of the Franciscans’ vow of poverty especially in Leuven, but the church did contain various paintings of importance:

The interior of the church was completely modernised in 1784 under Father J. Massar, who fitted it with four new altars in crafted oak. Two of the grand altars – one dedicated to St Francis and the other to St Anthony of Padua – were adorned with two paintings by Verhaghen: “The Death of St Francis” and “The Death of St Anthony“.

The Tomb of Justus Lipsius

The humanist and founding father of Christian Neostoicism, Justus Lipsius, died in 1606. His tomb was enshrined in the Minderbroedersklooster and it contained a bust of the man and his last words written by himself on 3 February 1604:

“You ask who rests here? It’s me who is going to tell you that: until recently I still taught with my pen and my speech. Since then, another will do that. I am Lipsius, to which letters and your estime have made a name. I have passed, as another will pass. Because in this world nothing is eternal. Shall I speak in a severe language? Everything human is but smoke, shadow, vanity and image of a scene. In a word: nothing. Here are my last words which I address to you. Pray for me so that I may rejoice in the happy eternity.”

The tomb was meant to be transported to Brussels and then to Paris in 1795, but fortunately, the chaos of the times prevented this from happening. But it was for a while housed in Brussels’ History Museum at the Hallepoort. Today, it is housed in the Justus Lipsius College.

The Strange Tale of the Left Thigh Bone of Justus Lipsius

70 years after the dissolution of the Minderbroedersklooster, workers digging the foundations on the site on 14 April 1868 found a tombstone around 7 metres underground. The tombstone had an inscription that the body of Justus Lipsius laid beneath. After digging deeper, the workers discovered human remains, which they transferred immediately to the chapel of Justus Lipsius College. The inscription went:

Later that day, after continuing the dig, they found a complete skeleton on the same spot. Confused, the workers took the full skeletons plus other bones which they found on the spot to a mass grave at the Sint-Kwintenskerk.

However, a particularly long thigh bone was secretly kept by one of the workers named Philippe Van Hove.

In 1905, Professors Arthur Van Hamlets and Ernest Masoin confirmed that the remains first brought to the Justus Lipsius College actually belonged to three individuals, not one. And there was a strong possibility that the full skeleton found that day, and now in the mass grave in Sint-Kwintenskerk, could be Justus Lipsius himself.

The plot intensified three decades later. On 18 March 1937, police chief François Chevaillier received a letter from a Guillaume Van Hove, who claimed to have the thigh bone of Justus Lipsius, which he inherited from his grandfather Philippe Van Hove, one of the workers who found the remains.

The thigh bone was investigated by anatomist Gerard Vanderschueren, who thought the thigh bone probably did belong to Justus Lipsius. The bone measures 49cm, which means the man was very tall. The bone was kept in a separate shrine in the Justus Lipsius College where it remained until 1997, when Professor Vermeersch, head of the college, entrusted it to the Cultural Heritage Department.

Interestingly, a separate analysis of the remains interred in the mass grave in Sint-Kwintenskerk found that (some of) it belongs to the Leuven painter Dirk Bouts, who painted the “Last Supper” of Sint-Pieterskerk.

1796: All Things Human Are Nothing

It appears that Justus Lipsius’ last words applied just as well to the most venerated religious community of Leuven. On 1 December 1796, at 9 in the morning, the Commissioners of the French Republic with armed men stormed the Minderbroedersklooster. A total of 34 priests, 18 friars and 1 laymember were expelled from their monastery. The grounds were divided into two lots and sold by auction in 1797.

From Farmers’ Union to University Building

In 1886, the Monastery grounds were taken over by the Gilde van Ambachten en Neringen (Guild of Artisans and Commerce) – the organisation that would later develop into the Belgische Boerenbond (Belgian Farmers’ Union). This is the reason why Leuven is today the seat of the Belgische Boerenbond. The owner of the land was Joris Helleputte who was a five-time Minister and founder of the Boerenbond. This is the reason for the name of the square on the other side of Waaistraat – Helleputteplein.

Another twist to the story of the thigh bone of Justus Lipsius pertained to Joris Helleputte. As Helleputte was the owner of the land which was the Minderbroedersklooster, he was furious when he found that the worker Philippe Van Hove kept the thigh bone from him. Son of Philippe the senior, also a Philippe, thus loaned the bone to Helleputte for while, but demanded it back. In revenge, Helleputte made sure that the man lost his job. Perhaps that was the reason why grandson Guillaume Van Hove came forward with the bone in 1937.

After the Belgische Boerenbond moved out, the university took over the building and made it into their Research & Development department. The adjoining building became the Student Housing project called Residentie Monseigneur Karel Cruysberghs.

Outside the building of the KU Leuven Research and Development Department along the Waaistraat, you will find a plaque dedicated to Professor Jan Emiel Vliebergh (Zoutleeuw, 24 January 1872 – Leuven 6 January 1925) on worked and died in the building. Vleibergh studied law in Leuven from 1891 to 1896, after which he worked as a legal adviser for the Belgische Boerenbond and at the same time, a law professor at Leuven’s university. Later in 1917, Vliebergh became the president of the Belgische Boerenbond.

Vliebergh taught in standard Dutch, which was unusually at that time, because French was the medium of education and the local oral language was Brabants (a non-standard Dutch dialect albeit very close to the standard version). Through his writing, Vliebergh was instrumental in introducing standard Dutch into education in Belgium.

He also managed to do this through his active involvement in and later being the President of the Davidsfonds, a cultural foundation that promotes Dutch-language cultural activities.

Today, the largest cultural foundation in Belgium, Davidsfonds honours Vliebergh by naming their literature award for young writers the “Vlieberghprijs“. 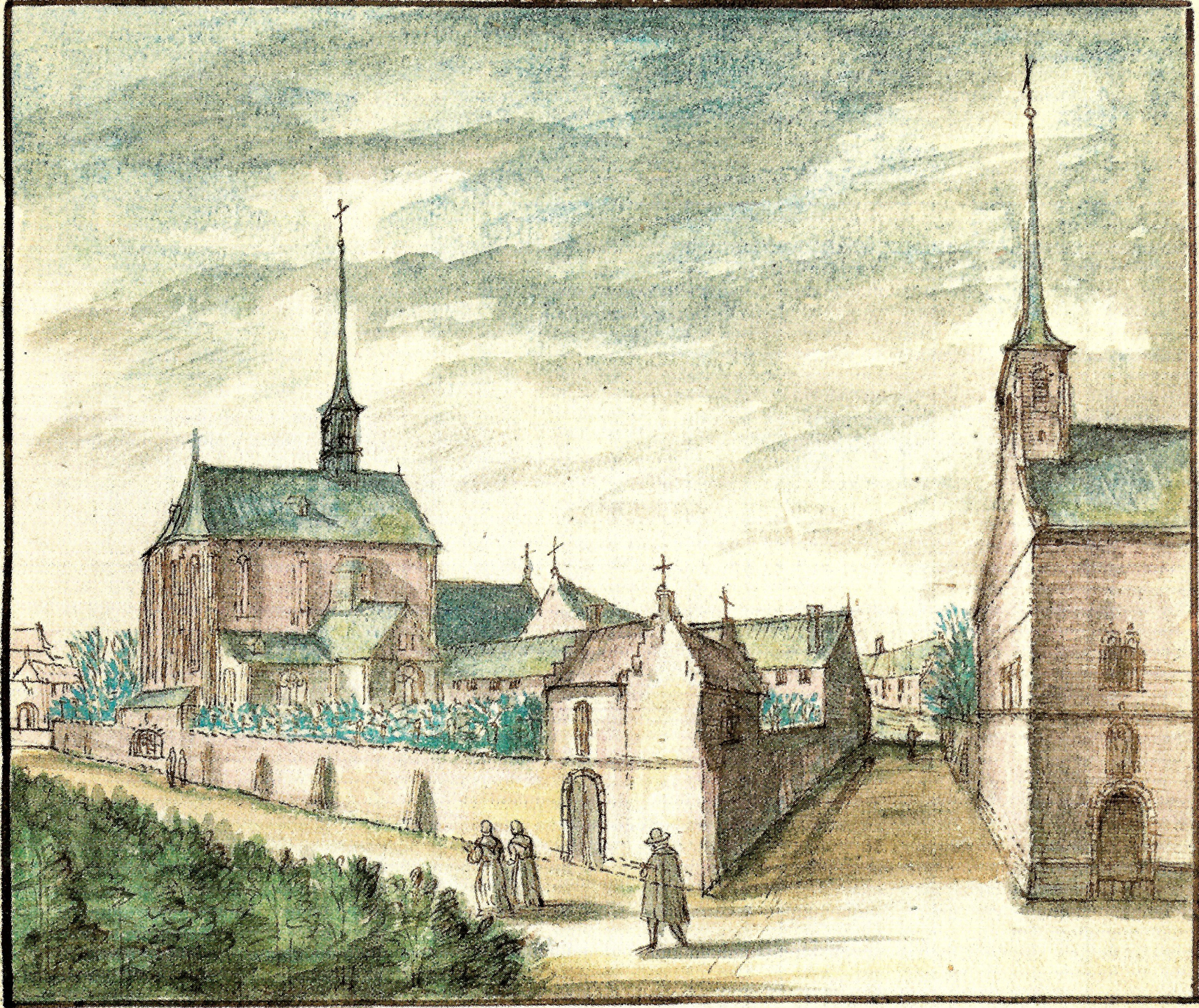 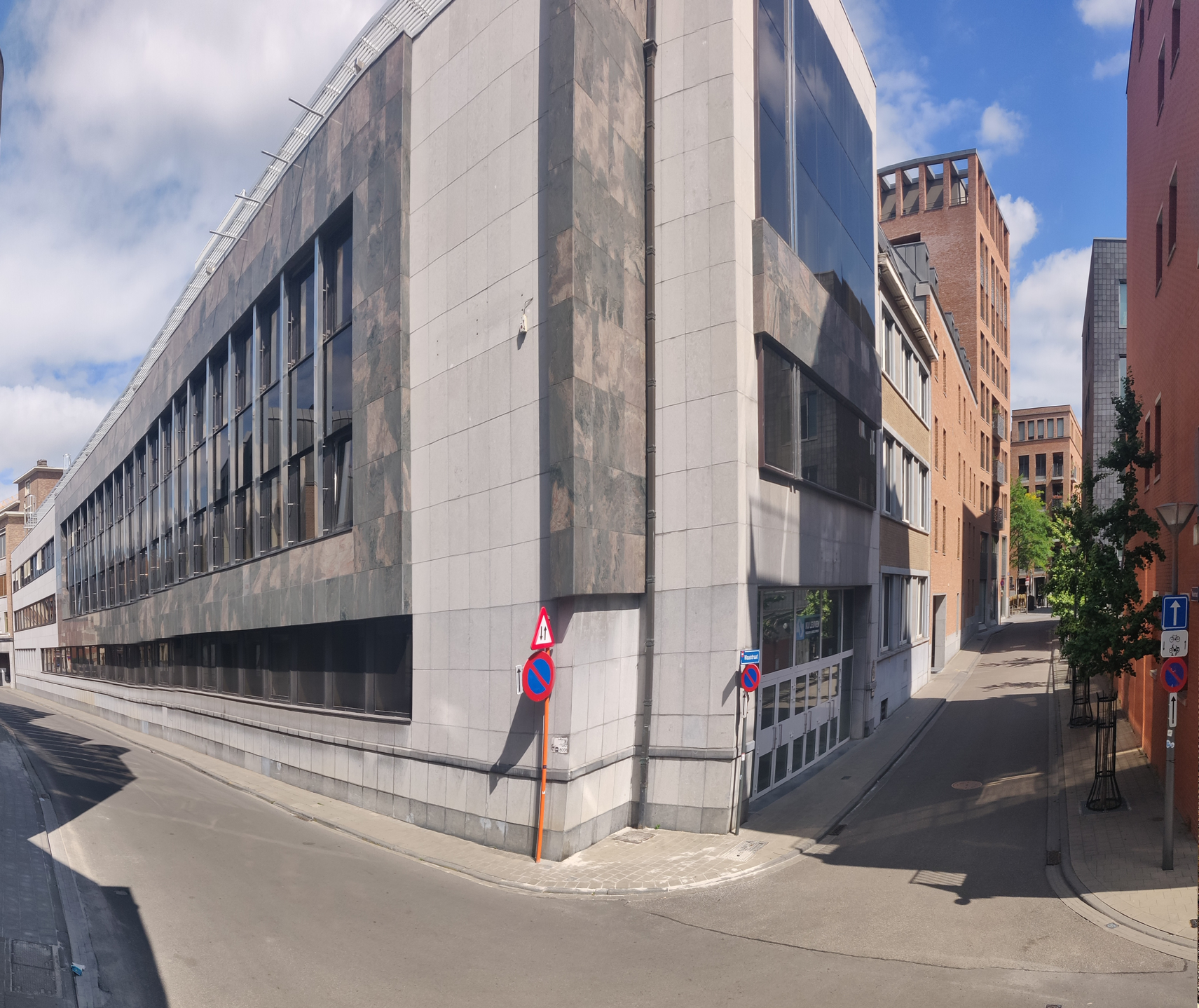 The Silhouette of the Minderbroedersklooster

No visible trace of the monastery has remained, from either the Waaistraat or the Minderbroedersstraat. But along the river when you are at the bank on the side of the Helleputteplein, you can trace of the silhouette of a medieval building in one of the buildings along the river. On the inside of those buildings however, there was no physical remains.

The KU Leuven Research and Development Department occupies the site of the church and the main monastery buildings of the Minderbroedersklooster. Further along the Minderbroedersstraat is where the student housing Mgr. Karel Cruysberghs Residence is located, was the gardens of the former monastery. Going further down and across the river, the new development site Hertogsite occupies the former garden grounds.