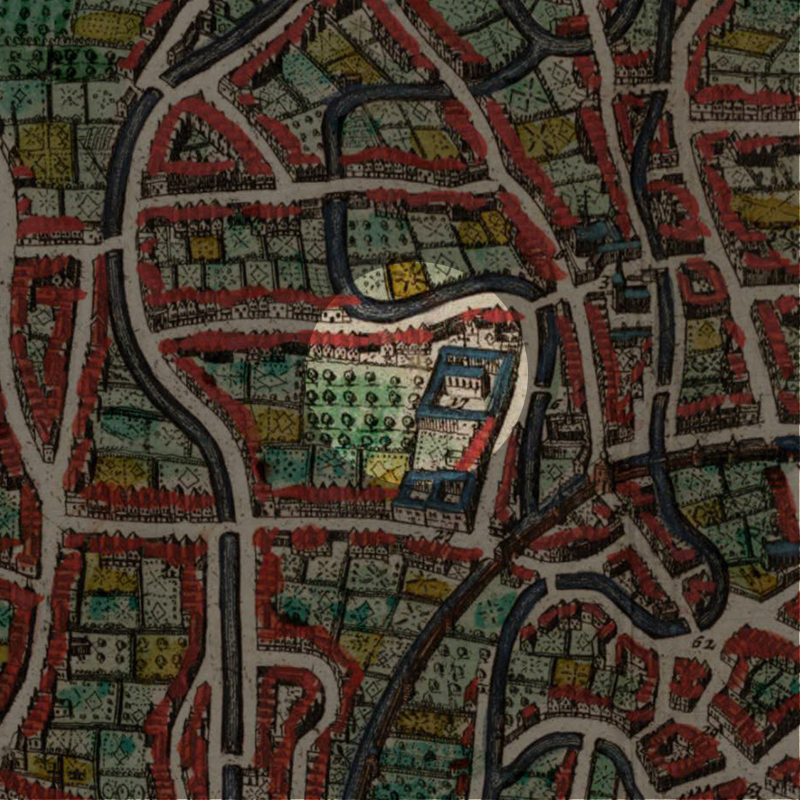 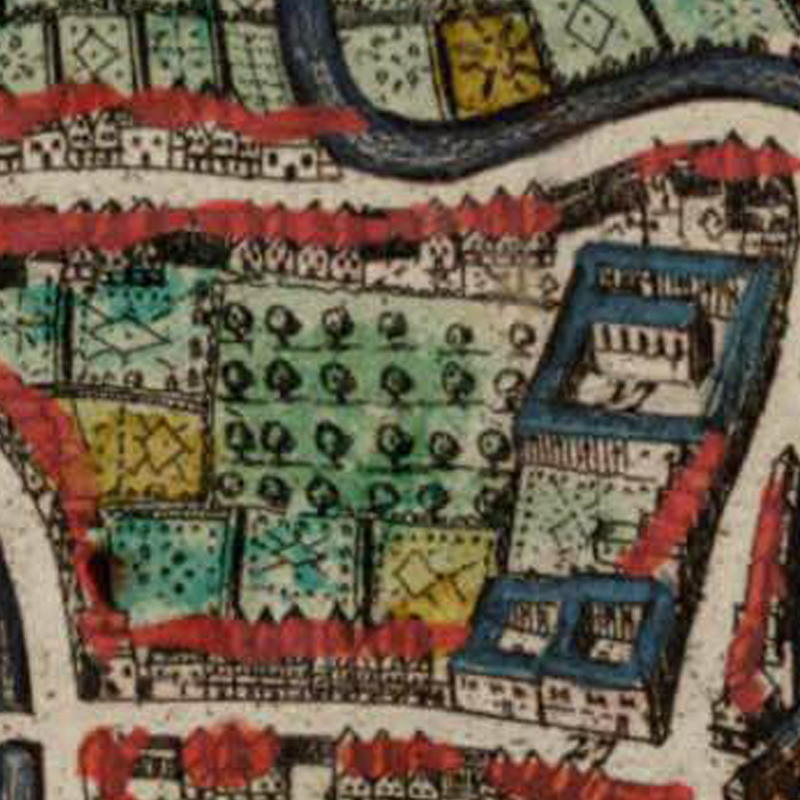 The book states that in 1415, the rich widow Elisabeth van Wefel gave her houses and gardens on the Halvestraat for the use of a convent. It was Jan van Heinsberg, the Bishop of Liège that organised the foundation of the convent and invited the “Zusters van het Gemene Leven” (Sisters of the Common Living). This is because the order, that observes the rule of St Augustine, was widely popular in Liège and throughout nearby Cologne, where the legend of Saint Ursula originated.

The first batch of “girls” arrived from the Dutch province of Zutphen. Apparently they were so poor over there, that many girls ran away. Thus the move was more than necessary.

The new community must have been such a success that it started attracting girls of “ill morals”. So much that in 1426, the convent issued a notice that it will not permit “dishonest wives” or “maidens of light living” to disturb the peace and rest of the community:

The Coming of the English refugees

When King Henry VIII broke from the Catholic Church in 1533, then banned monasteries and convents in England in 1540, the Priory of Saint Ursula and 11,000 virgins saw an influx of English nuns.

The number of English nuns was so high, that the Priory founded a completely English convent for them in 1609, called the Sint-Monicaklooster (St Monica Convent). This was located on the bank of the River Voer, and in 1629, these English sisters founded a “pilgrims’ house” in Brugge. By 1650, the house became the “Onze Lieve Vrouw van Nazareth” (Our Lady of Nazareth) or more commonly known as the “Engels Klooster” (English Convent), that still exists today on the Carmersstraat in Bruges.

Back to the Priory in Leuven: By 1653, the community was obviously thriving. They have a huge garden (more about this later) and a farm on their compound. The church was modernised and a proper wall with portals were erected along the streetside.

On 25 April 1783, Emperor Joseph II of Austria banned all monasteries in the Southern Netherlands. In Leuven, the Kartuizerklooster was destroyed.

But thanks to the close relationship the Mother Supreme Catherine Adriaens had with the authorities, the Priory was spared. She also cleverly founded a girls’ school inside her convent walls to avoid any further complications: in 1783-1784, she built several classrooms and a hostel for the students.

But the French Revolution struck and French revolutionaries arrived in Leuven in 1797, and destroyed any religious establishments that managed to escape Emperor Joseph II, such as the Augustijnenklooster and this Priory of Saint Ursula and 11,000 virgins.

On a cold snowy night, French policemen evicted the 30 nuns from the Priory, driving them out to seek shelter in nearby houses on foot.

The ground was divided up into two parcels, and sold. The convent itself was sold in a public auction in 1803 in Brussels.

In the old priory building, the city authorities continued the nuns’ work by establishing a girls’ school in 1879, but it stopped in 1886.

Then in 1888, the Zusters Annunciaten (Annonciades) – from Heverlee, not the Leuven ones who were destroyed by Emperor Joseph II in 1783 – started a school for home economics.
But the Germans bombed the school to smithereens in 1940.

Once the stuff of wet dreams of many generations of straight Leuven men, the Priory of Saint Ursula and her community of 11,000 virgins is no more.

The new street – Raoul Claesstraat – is the spot where the monumental entrance gate of the whole domain was located. Standing at the start of the street on the riverside, you can very well imagine how grand it was and how big the whole terrain was. All thanks to the rich widow, Elisabeth van Wefel, for her gift in 1415.

The only picture of the building left to us is the drawing by Edward Van Even (1860), in “Louvain Monumental“. You can also check out the Home Economics School run by the Annonciades in the photo taken in 1900 on Leuven Weleer. Although much of the original features had already been gone by then.

The garden of the Priory is now the Bruulpark, a public neighbourhood park.

A part of the former priory is now the Sint-Augustinusklooster (Monastery of St Augustine). The building was designed by architect Volckrick for the Augustinians of the Assumption priests. In a way, this is a tie with the Priory as the nuns were sworn to follow the rules of St Augustine.

The whole area of Halvestraat is considered a protected heritage area of Leuven.

Note: The Grauwzusters (Grey Sisters – Franciscan nuns) were not located here, but somewhere along the Mechelsestraat.