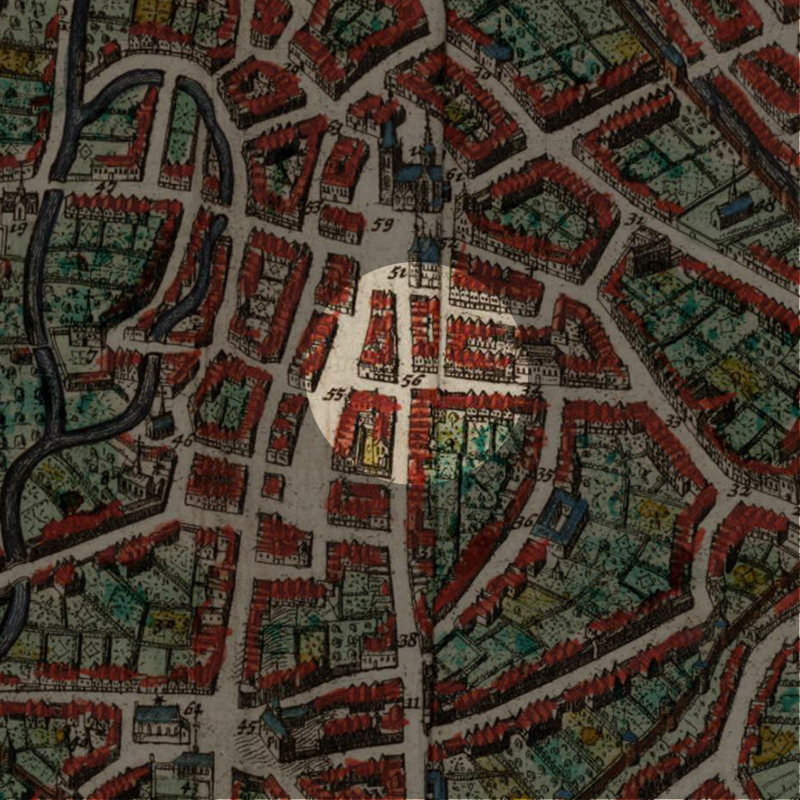 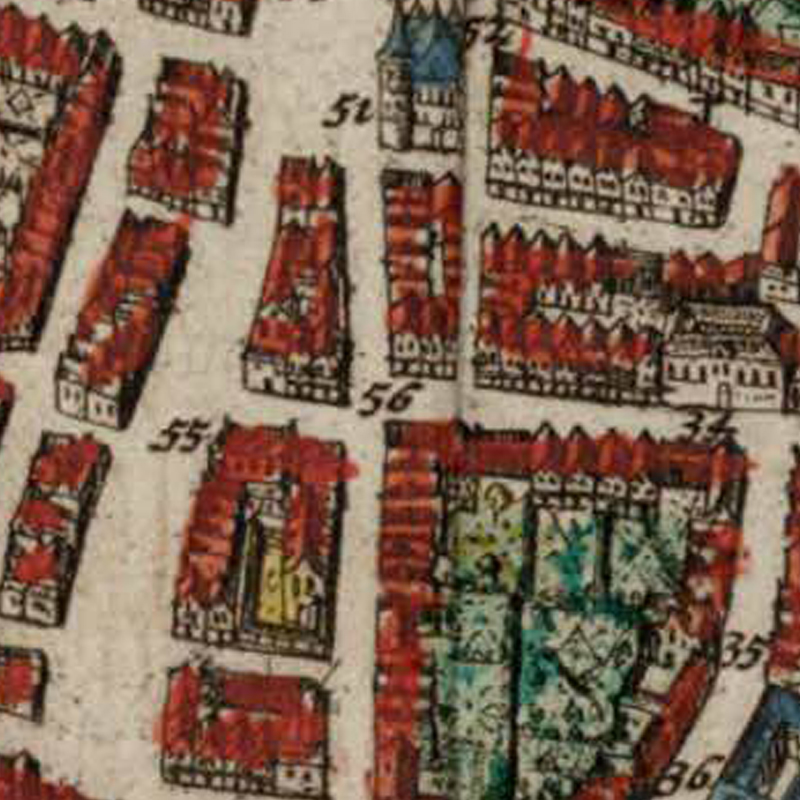 It is not known when the Waag was built, but it certainly existed in the 13th century, when the new Korenhuis was erected on the same street in 1255. According to the city’s records, which stated in 1256:

According to archaeologists, when the current Lakenhal was built in 1317, it was linked by a vaulted passage to the old 12th century cloth hall or to the Office of the Weavers in the courtyard at the back. Further from the old Lakenhal – which could be at the current Number 1 Zeelstraat with the sign ‘Koöperatief der oud strijders’, was the Korenhuis at the end of the street. Opposite the Korenhuis was the Waag.

The Place of Witch Hunts

Although it is not known whether this was the case in Leuven, in the 16th century, suspected witches were brought to the weighing houses to undergo the ‘witch test’.

If you are lighter than your presumed weight, then you are a witch, which meant that you would be burnt alive. The Waag was not a happy place for many, to be sure.

The standardisation of weights

By 1800, weighing houses were not in use anymore, as international standards of weights were by then very well-established. City records show that even by the mid-18th century, both the Waag and the Korenhuis had become private properties.

It is not known when the building of the Waag was torn down. But the German bombardment of Leuven that led to the Great Fire on 22-24 August 1914 completely destroyed the Zeelstraat and the whole of the Oude Markt. This means that not even the foundations of the Waag could be found.