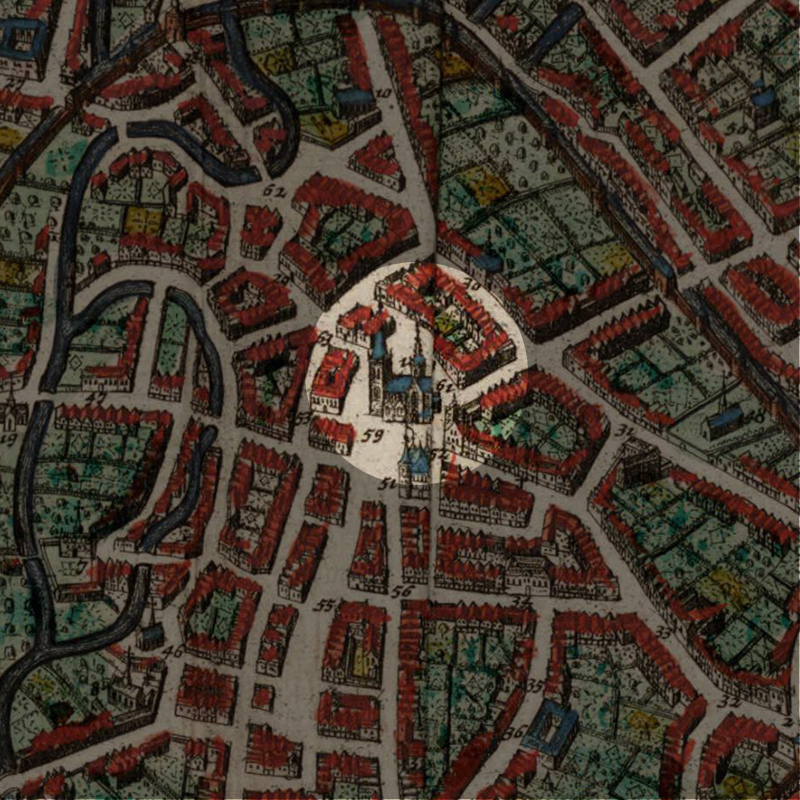 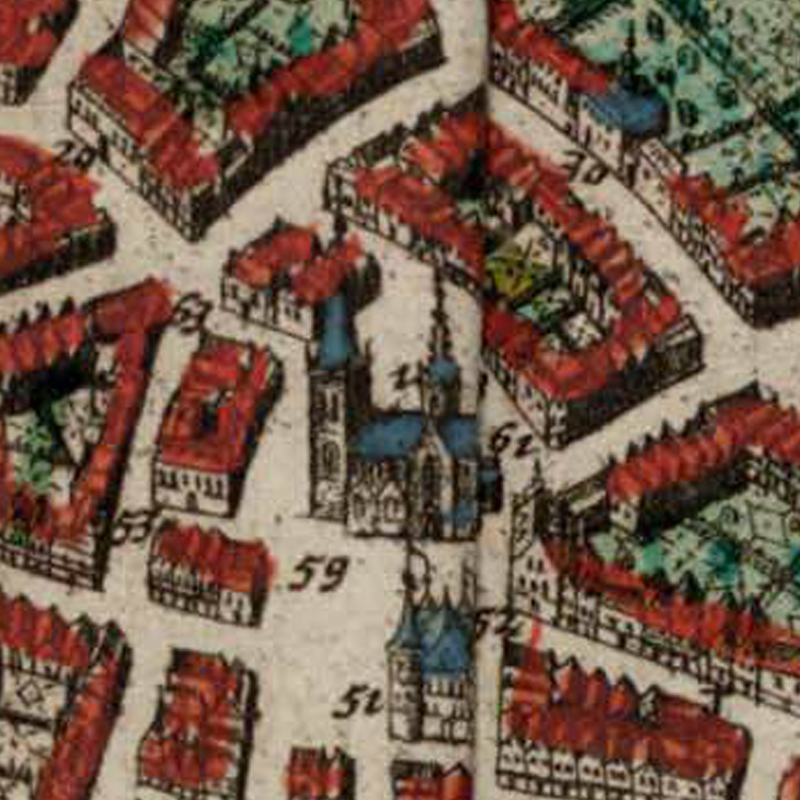 The current Sint-Pieterskerk was built in the Brabant Gothic style. Many well-known Late-Gothic masters were involved in its building, in the course of the 15th century, including Sulpitius van Vorst, Jan II Keldermans and Matthijs de Layens.

Why Leuven’s inhabitants are called Peetermannen

It was due to the patronage of the Apostle Peter, at this St Peter’s Church, that Leuven inhabitants earned the nickname of Peetermannen. (Source)

As the city’s oldest ecclesiastical institution, Sint-Pieterskerk is situated halfway on the eastern hillside of the Dijle river. The oldest archaeologically attested church on the site dates from the early 11th century (the year 1000), most likely built by Lambert I, Grave of Leuven to be close to his castle at the ‘s Hertogeneiland (currently the old hospital at Sint-Pietersziekenhuis along the Brusselsestraat).

After seven Canons (clerics) were bonded to the church in 1015 under the orders of his son, Lambert II, the church was raised to the status of “collegial church” in 1054.

The appearance of this most likely Romanesque church is not known, apart from on some city seals. The foundations however, were discovered by archeologists in 1950.

For centuries, the original Romanesque Sint-Pieterskerk and its churchyard was separated from the nearby houses by a narrow alley called ‘steenweg‘. By the 15th century, the prestigious new City Hall (stadhuis) was built and at the same time, the graveyard was turned into the city square called “de plaetse“. It is known as the “Grote Markt” today, and the former city square became known as the “Oude Markt” (old market).

Heavily damaged by the wars

It was during the reparation works of 1950 after the damages incurred during World War II, that the remains of this early Romanesque church was brought to light: the nave and the choir definitively belong to the 11th century church, while the western front with its flanking stairtowers and the eastern central walls and the crypt belong to a later date. (Source)

The church suffered heavily during the first World War, where it lost its Baroque roof due to a heavy fire. The work of the Namur roof architect Denis-Georges Bayar was thus lost forever. In the Second World War, bombardments on the church cost it all its treasures. (Source)

The Cult of the Fiere Margriet

There is a chapel in the church dedicated to the legend of a certain Margaret, who as a good Christian girl would rather drown herself in the Dijle River than be raped by a gang of bandits. Her body apparently did not decompose but was miraculously floating against the currents.

You can see a bronze statue in the bank of the river near the Dirk Boutslaan, marking the spot where she was floating.

Leuven has been lobbying the Vatican for centuries to have her declared a saint, to no avail.

The Sint-Pieterskerk was partially closed for 35 years for a thorough restoration and renovation work. It recently opened on 7 March 2020, which unveiled the church in its former glory.

Despite the damages during the world wars, some of the church furniture and interior from the 13th to the 19th centuries escaped unharmed. Among which are:

However, all of the stained glass windows were lost forever.

How would the church look like if it were to be completed?

“Unbelievably impressive. The church would have been the tallest in the world. What we see today is merely the “foundation” of the planned three towers. One of the towers were built, but collapsed in the 16th century. (Source)