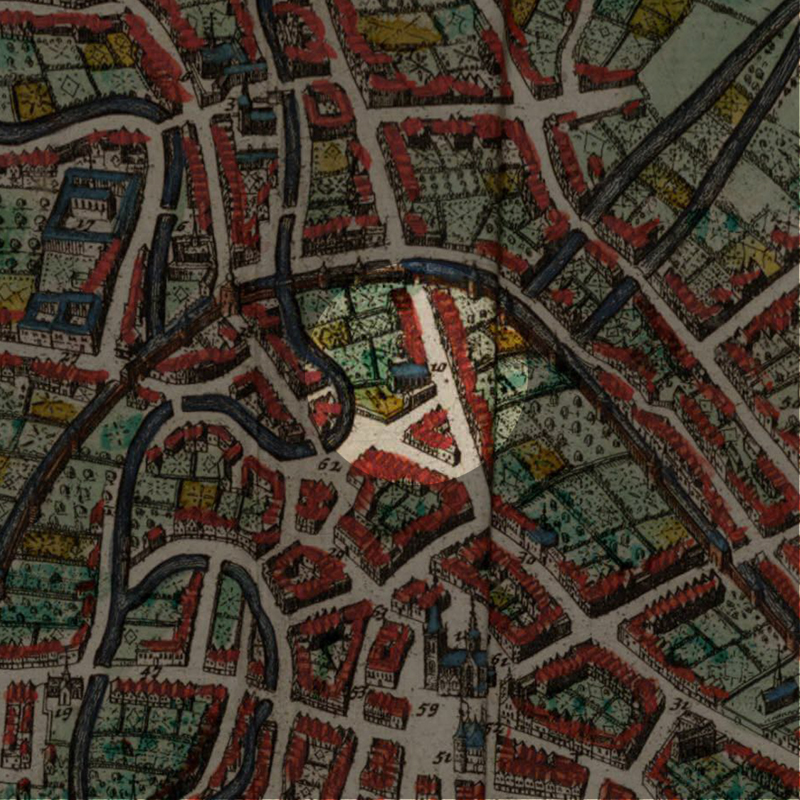 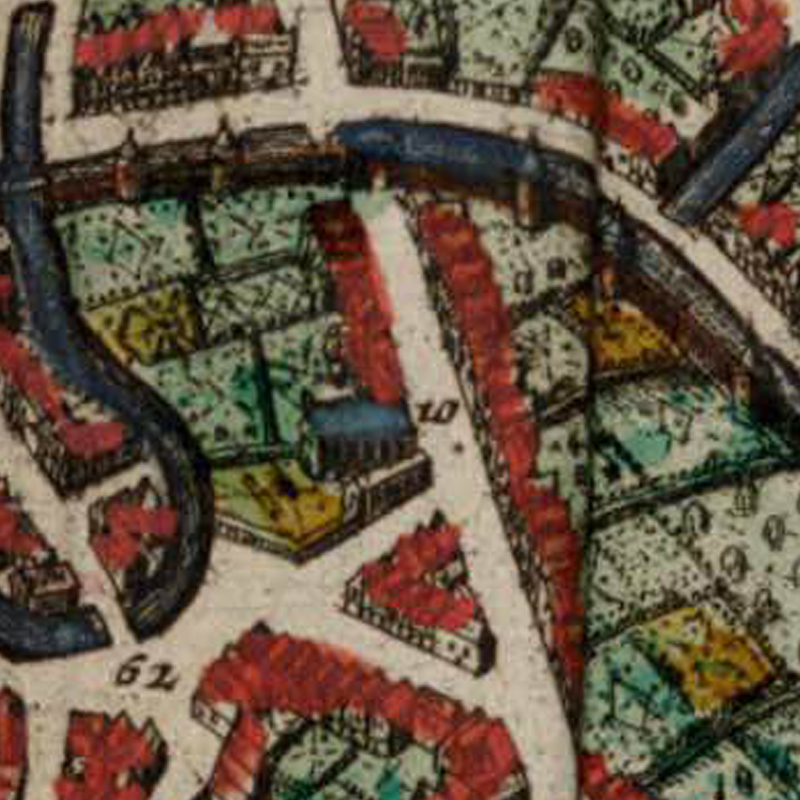 The first nuclear settlement of Leuven

In 1236, the Augustinian monks arrived in Leuven and settled down beside a Chapel to Saint John the Baptist. The saint, was popularly worshipped by fishermen who were living and selling their fish by the arm of the Dijle river here on the Vismarkt (Fish Market). Archaeological evidence state that this spot could be the first nuclear settlement of Leuven.

To get the monks going, the Duchess of Brabant Aleidis of Burgundy, gave the monks the chapel and Pope Clement IV gave his official blessing. More gifts arrived from the Duchess and the monastery grew so rich that it now occupied all the land that stretches to the city wall (current-day Karel van Lotharingenstraat). By 1447, with the founding of the Leuven University, the University took over the running of the monastery.

In 1589, the monastery established on its grounds the Augustinian College for students from all over the Southern Netherlands (present-day Belgium). This college stretched along the Vaartstraat from Vissersstraat. In 1612, the monks also organised secondary education here, which lasted until 1741.

The Madonna of Leuven

The rich Augustinian monks commissioned a painting called the Madonna of Leuven by Renaissance painter, Jan Gossaert. The painting was presented to the King Philip of Spain in 1588. It can now be viewed in the Prado Museum in Madrid.

Calamity befell the monastery with the arrival of the French Revolution (and the French).
In 1796, the French authorities shut down the monastery, forcibly removed its 24 remaining monks. They shipped the church treasures and all the previous manuscripts stored in its library to Brussels, and sold the buildings and land in open sale.

In 1801, a certain Mr Pierlet got help from outside Leuven to break down the 600 year-old church, because Leuven residents refused to allow him. He then sold off all the precious stone carvings and woodwork.

The Richest and Most Impressive Abbey of Leuven

You can witness the size of this place by simply walking the streets that used to surround the monastery and college.

It must have been the most impressive monastery and church in Leuven back then.

Vissersstraat used to be called the Augustijnengang. It used to be the main entrance to the church and monastery.

The former college was situated on the Vaartstraat.

The modern-day Augustijnenstraat, although named after the monastery, was a small nameless alley in the 17th century used by the locals to get to the Vismarkt (fish market).

Nothing from the majestic monastery and college has remained. There are however archaeological remains on Vaartstraat numbers 33, 39 and 41-45, on Vismarkt numbers 11-16. Karel van Lotharingenstraat number 25 by far retains the most feature of the original building.