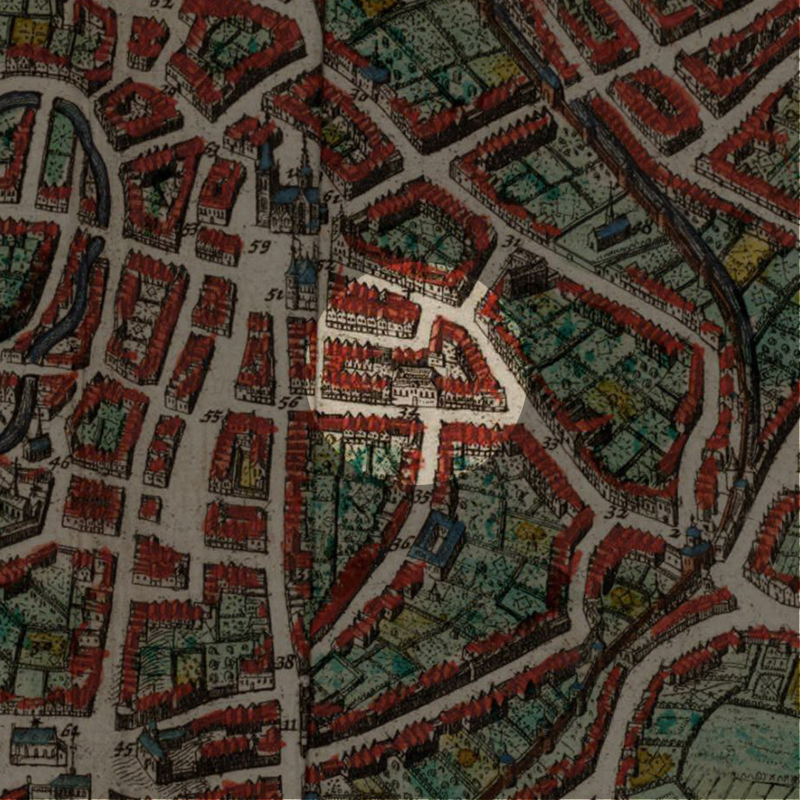 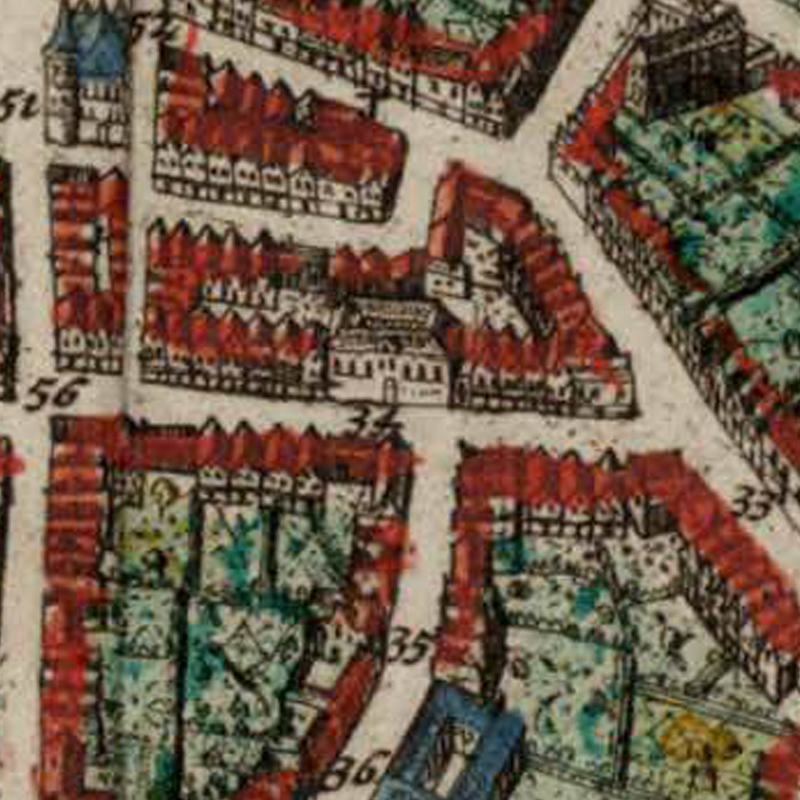 Prince-Bishop Ernst van Beieren was a very powerful man in the 17th century. He was the Prince-Bishop of five Bishopdoms (Cologne, Liège, Freising, Hildesheim and Münster) as well as the Prince-Abbot of two abbeys (Stavelot, Malmedy).

In 1602, the Prince-Bishop bought a piece of land along the Muntstraat in Leuven where he founded the College van Luik (Liège College), for students from Liège studying to be priests. Soon after, the “Collegium Cruciferorum” – the college of the “Klooster van de Kruisheren van Namen” (Abbey of the Crosiers of Namur) was incorporated into the building complex in 1671 and it was agreed that in addition to Liège students, two Crosier students could be admitted to the College.

By 1786, the College was closed on the order of Emperor Jozef II, which together with all religious orders in the Habsburg Netherlands. Under the French Occupation in 1797, the College van Luik was closed for good.

At its biggest, the College van Luik incorporated parts of a group of buildings that is currently located at Number 8 Tiensestraat, today occupied by the restaurant and brewery Domus. Known as the “Moriaenshooft” – Moriaen’s Head – the name recalls a 13th-century Arthurian legend written in Middle Dutch.

Currently preserved in the Royal Library at Brussels, the poem recounts the story of Morien, the Moorish son of Aglovale, one of the Knights of the Round Table.

In search of Lancelot, Aglovale travelled the Moorish lands and fell in love with a Princess and made her pregnant and left. This however forced the princess and her son out of the palace. Morien grew up and came to Europe in search of his father. In the end, the father and son were reunited and Aglovale finally did what he was supposed to do: he went back to Africa to marry the Princess.

It is not known why the block of house was called Moriaenshooft. In any case, the same name “den Moriaen” or “Den Moer” was given to the cornerhouse built on the churchyard of the then newly-built Sint-Pieterskerk, today’s Grote Markt. Today, it is called Het Moorinneken.

The imposing medieval facade of the College van Luik is fortunately still visible today. It was listed as a protected monument in 1974 and partially restored in 1987 by A. Impens.

The College van Luik used to include the group of houses now belonging to the Brewery Domus. It used to be called Moriaenshooft.
VIEW ALL LOCATIONS OF OUD LEUVEN