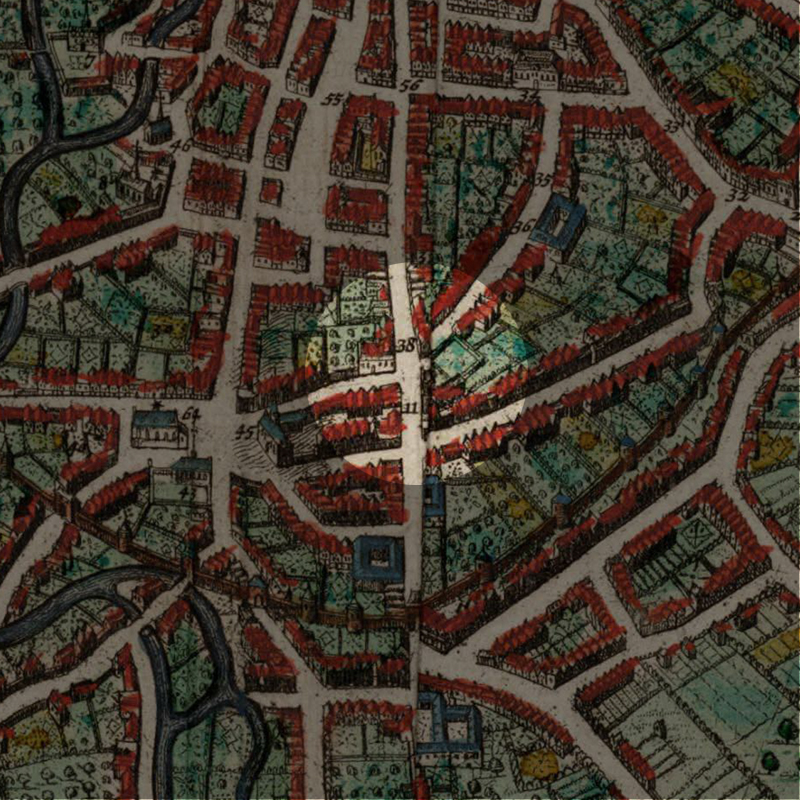 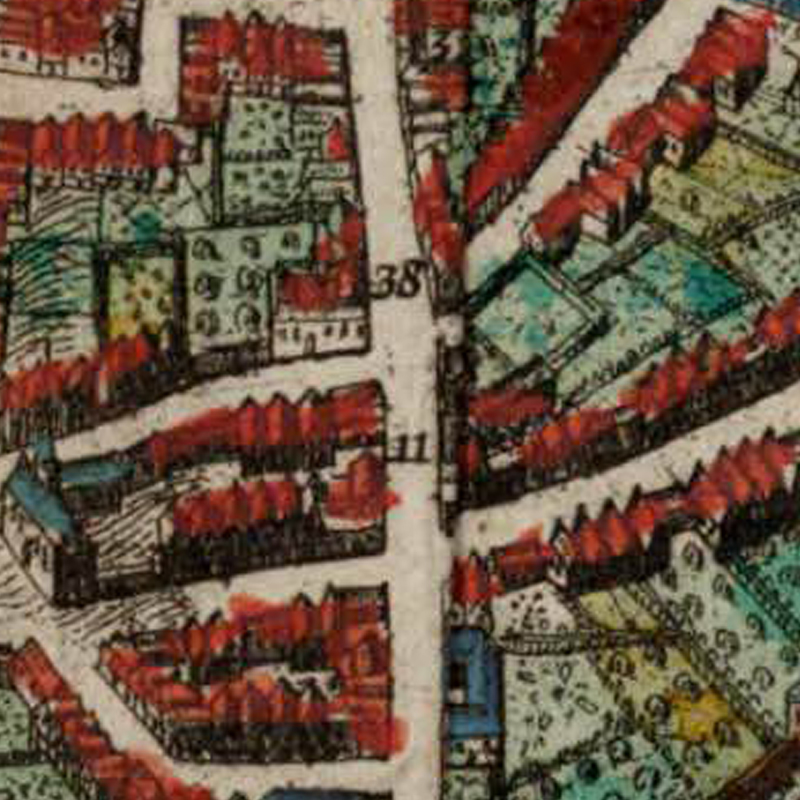 The story goes that 7 Jesuits arrived in Leuven in the year 1542. They moved from one monastery to another, seeking temporary lodging, and celebrated their mass in the Sint-Pieterskerk and the Sint-Michielskerk. Finally with the year 1595, they managed to secure a terrain between the current-day Sint-Michielsstraat and the Charles Deberiotstraat.

Their first chapel was finally built in 1601, by an architect responsible for Jesuit churches in Valenciennes.

Rather rapidly, the church grew in reputation and power. Leuven’s Jesuit community became the intellectual centre of the Counter Reformation in Northwest Europe. This church produced influential Jesuits like the Italian Cardinal, Robertus Bellarminus (1542-1621), adviser to the Archduke Albrecht and Archduchess Isabella, Leonardus Lessius (1554-1623,as well as Cornelius a Lapide (1567-1637) – all teaching at the Leuven University.

The current Baroque church was built in 1650, designed by fellow Jesuit, Willem Hesius. The first stone of the monumental facade was laid by the Grave Ernest-Charles van Isenburg, dedicated to the Archduke of Brabant, Leopold-Willem. The interior was only completed towards the end of the 17th century.

Behind the church, the Jesuit Order founded a college called the “Collegium Veteranorum“, that is still in use today.

But the Society of Jesus met their doom towards the second half of the 18th century. In the Low Countries, the Jesuits were banned by Habsburg Empress Maria-Theresa in 1773.

The mighty Jesuit Church of Leuven now became the parish church of Sint-Michiel, in view of its crumbling, dilapidating building. The Collegium Veteranorum is now the Maria-Theresa College.

Why is the Jesuit Church (today’s Sint-Michielskerk) one of the Seven Wonders of Leuven?

The monumental facade has earned the Jesuit Church the fame of “The Altar Outside the Church“.

Not that the interior of the church does not contain an altar. It was a new feature back then to see such an elaborate and flamboyant facade. The reason being the church was built at the height of the Counter Reformation as well as the power of and role played by the Jesuits in the whole movement.

The facade celebrates the triumph of the Catholic Church against the Protestants and Brabant, which was divided (still is) into two was at the very epicentre of this fight.

The interior and layout of the church reveal its Jesuit origin: The choir is non-existent and the elaborate central altar is actually a chapel, is flanked by two other chapels on each side.

The wooden sculptures are richly decorated, all from the 17th century; They feature Jesuit saints, figures from both Old and New Testaments as well as Christ and Virgin Mary.

The dome is not real but is only a “Trompe l’oeil”.

The reason being if the dome was built, it would create stability problems for the church, which was why construction was delayed in the 17th century. But nowadays, with lighter and stronger material available, the church might get a real dome in the end…

The church itself is involved in various charitable and cultural projects. There is a large naked sculpture of Saint Michael, who broke his sword after slaying the dragon. It is a symbol against violence around the world.

Also, the Sint-Michielskerk celebrates mass in both Dutch and Spanish. This is to pay tribute to the Spanish and Jesuit origin of the previous church.