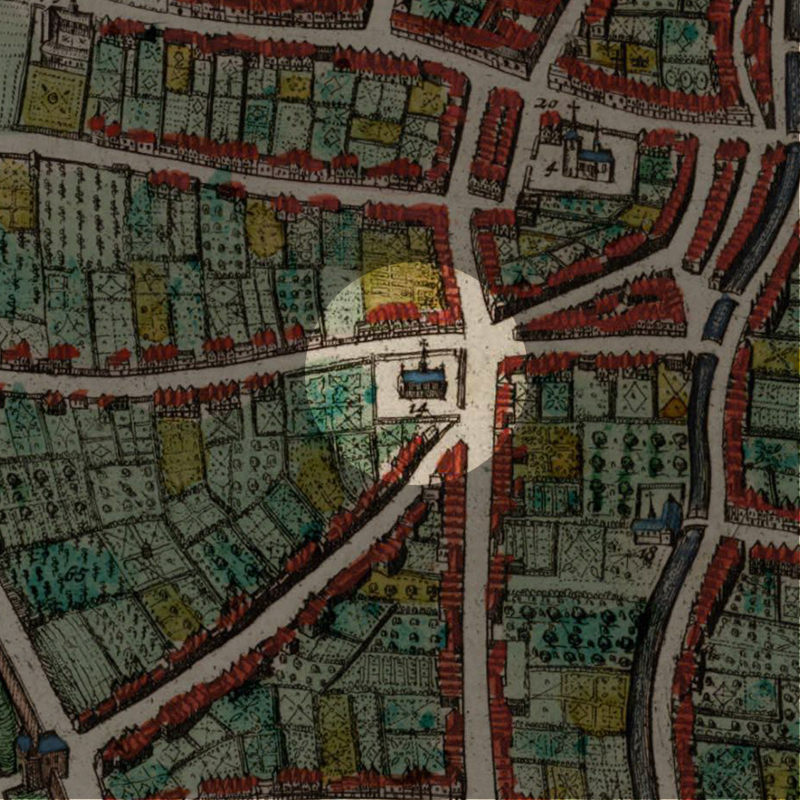 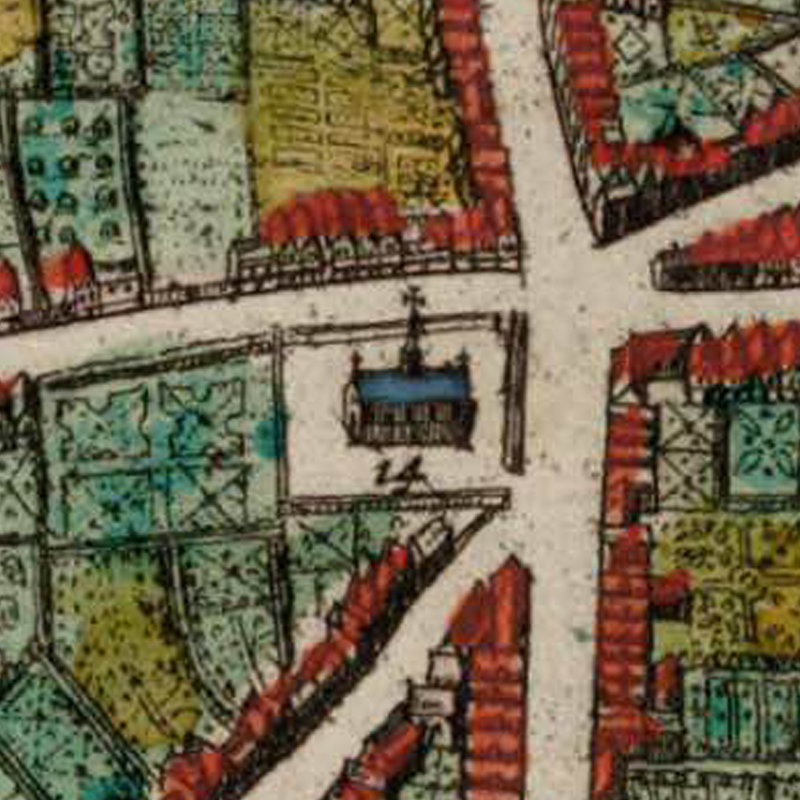 The Order of the Annunciation of the Blessed Virgin Mary was founded in by Saint Joan in Bourges, France after she was divorced by the newly-crowned King Louis XII of France.

The jilted ex-Queen renounced men and penises by founding a female convent in 1501 to honor the “Annunciation of the Blessed Virgin Mary“.

The order expanded into Belgium by first opening a nunnery in Bruges in 1517, followed by Leuven in 1530.

On 20 May 1530, the majority of the population of Leuven gathered in front of the city gate of the Tervuursepoort. Father Gabriel Maria (who was actually born Gilbert Nicolas) was the guest of honour. He was the superior of the new Order of the Annunciation of the Blessed Virgin Mary and considered as its co-founder. Leading the welcome party, was none other than Marie-Madeleine de Hamale, Dowager of Willem II van Croÿ who was the governor to the Emperor Charles V.

Father Gabriel Maria remarked that his host Marie-Madeleine de Hamale ressembled the French ex-Queen Saint Joan, which made her really happy. So with support by powerful religious and political forces, the Klooster van de Annunciaten was founded the very next day!

Out of these, only the convent in Tienen still exists today.

The order is a contemplative one, meaning that it is somewhat hermetic and secretive, focusing on meditation and silence.

On 25 April 1783, Emperor Joseph II of Austria issued an edict banning all monasteries in the Southern Netherlands.

This could be the most likely reason why by 1784, the nunnery was off the records.

The only reason why the Tienen branch escaped being shut down, was because they built a girls’ school the very year of the edict, so the convent was turned into an education institution.

Today, the Heilig Hartinstituut Heverlee (Institute of Sacred Heart) just outside Leuven in Heverlee started out as a girls’ school in 1887, run by Annonciades. But this has nothing to do with the defunct Leuven nunnery closed a century earlier. The “new” Annonciades belong to the “Apostolische Annunciaten“, who were no longer a contemplative order but one that reaches out to the community (hence the girls’ school).

Nothing has remained from the Klooster van de Annunciaten except this 17th century painting housed in the Netherlands Institute for Art History (RKD). It shows two sisters (biological as well) called Allegonda Voet (1666-….) and Helena Voet (1655-….). One was playing the harpsicord and the other probably praying. This gives us a glimpse into how the Annunciade nuns looked like.

The biggest irony for the two men-hating convents is they were built on the Mannenstraat (“Men Street”).

Today, Mannenstraat has been renamed Monseigneur Van Waeyenberghlaan, to honour a man – Honoré Marie Louis Van Waeyenbergh (1891-1971) who was the rector magnificus emeritus of KU Leuven. The only remnant of that name is the name of the neighbourhood centre called “Buurtcentrum Mannenstraat“.

Nothing has remained from the Klooster van de Annunciaten, and these three ugly blocks from the 1970s (currently under renovation at the time of writing) are monstrosities that are turning the nuns like turbines in their graves.