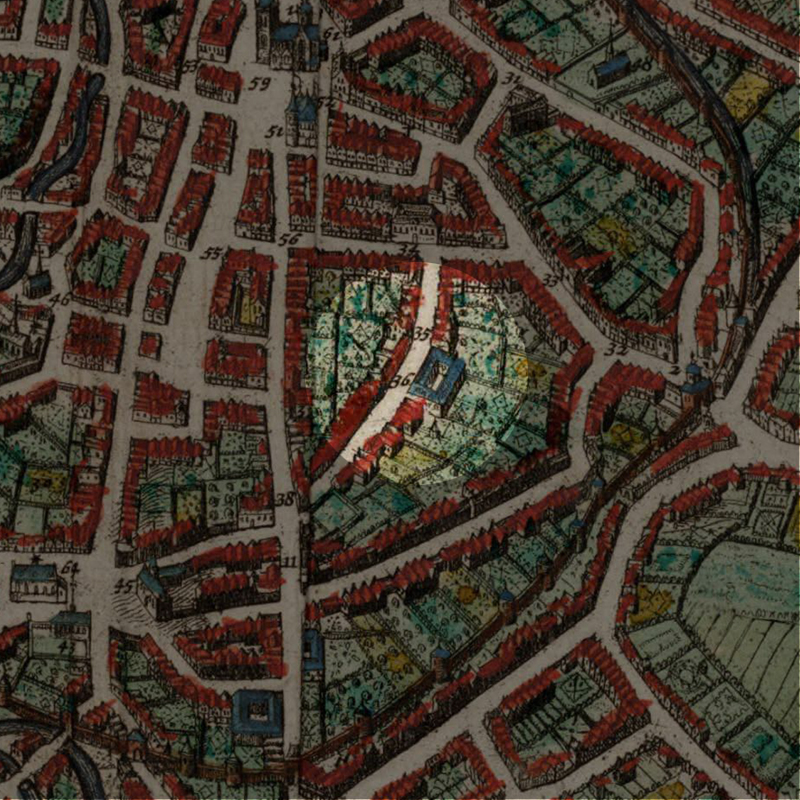 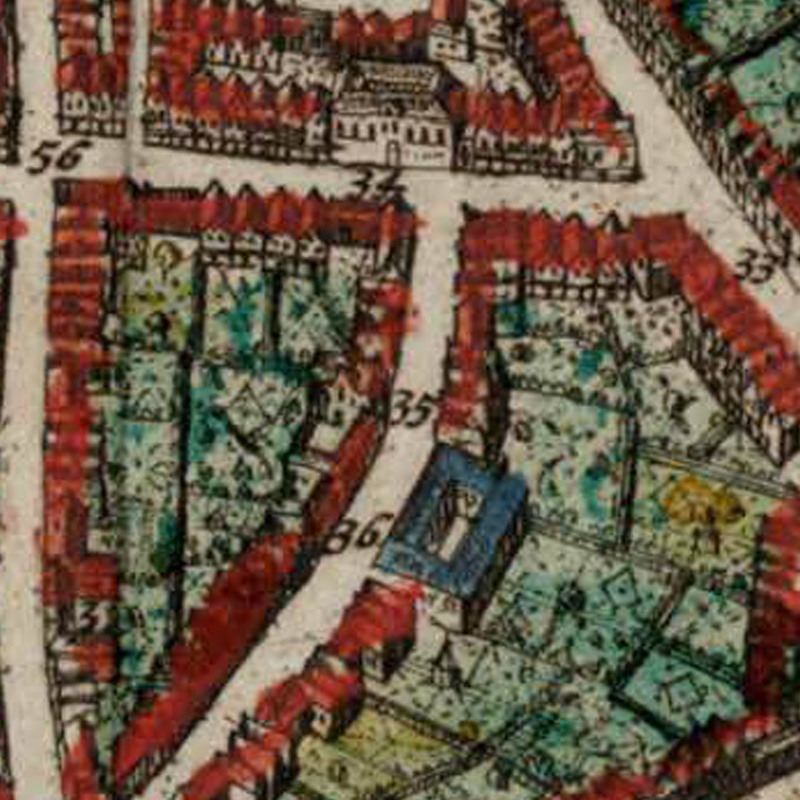 One of the first students of the University of Leuven when it was established in 1425 was Hendrik van Loen. Van Loen graduated first in his class with a bachelor in theology and together with his ex-classmate Nicolas Valckenisse, Van Loen founded the Pedagogie Het Varken in 1428.

The new pedagogy was established in a school that existed since 1418 in the Portseelstraatje (today’s Standonckstraat). It was located directly opposite an inn that was called “in ‘t Wild Verken” (in the wild hog) – today in the corner of Krakenstraat-Naamsestraat occupied by the Italian restaurant Amici Miei.

So they decided to name the new school Pedagogie Het Varken (Pedagogy the Hog).

Van Loen went on to become the university’s rector in 1437, after which he left for the Monastery of the Carthusians in Edingen (Enghien).

The Pedagogie Het Varken was one of the four colleges within the Faculty of Arts. Students had to live and study there, where they received the exact same education as in the other three colleges. The arts were considered a foundation course, after which students can move on to higher courses such as theology or ecclesiastical law. So strictly speaking, this was a Paedagogium not a Collegium.

The other three pedagogies were: Pedagogie de Lelie (the Lily), Pedagogie de Valk (the Falcon) and Pedagogie De Burcht (the Castle).

The motto of the Pedagogie Het Varken was “Porcus alit doctos“, meaning “The pig feeds the scholars“.

In the 16th century, the Pedagogie Het Varken was sold to Jan Standonck, a lecturer in theology from the University of Paris. Standonck had a mansion that he converted into a college named after himself, the Standonckcollege, located just opposite the palace of the Pope Adrianus VI. After buying the Pedagogie Het Varken, Standonck expanded the gardens of his mansion by buying over the city-palace of the Count-Bishop of Kamerijk (Cambrai) Hendrik van Bergen in the ‘s Meiersstraat in 1516/1517.

Officially, the Pedagogie Het Varken and the Standonckcollege were separate. But Standonck ran both institutes like monasteries. Students had to wear a habit like monks and observe regular prayer times, and they had to call Standonck “Pater” (Father). The habit earned them the nickname of ‘de Kappekes’ (the caps).

Under the French occupation, the Pedagogie Het Varken was dissolved together with the rest of the University of Leuven in 1797.

But it was perhaps already in a very bad state before that.

In 1804, the mayor de Beriot lamented that the Pedagogie Het Varken and the Standonckcollege were so rotten they were scandalous.

So he gave them to the poor and “lost women”. Fortunately for the poor and the ladies, both buildings were later sold off: the Standonckcollege was divided into half – one half was developed into private housing while the other half, together with the whole of the Pedagogie Het Varken were completely flattened. The square that was obtained was called the Hogeschoolplein (High School Square) and the move shortened the ‘s Meiersstraat along the Pauscollege.

Today, the Hogeschoolplein is a popular spot for Leuven inhabitants who seek a quiet, relaxing green square in the centre of the city.