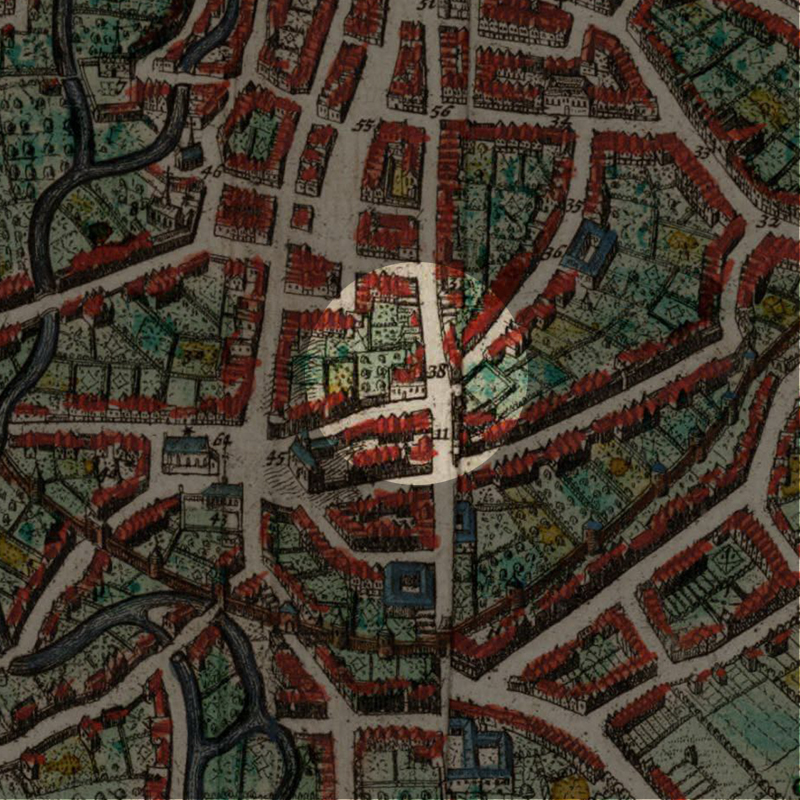 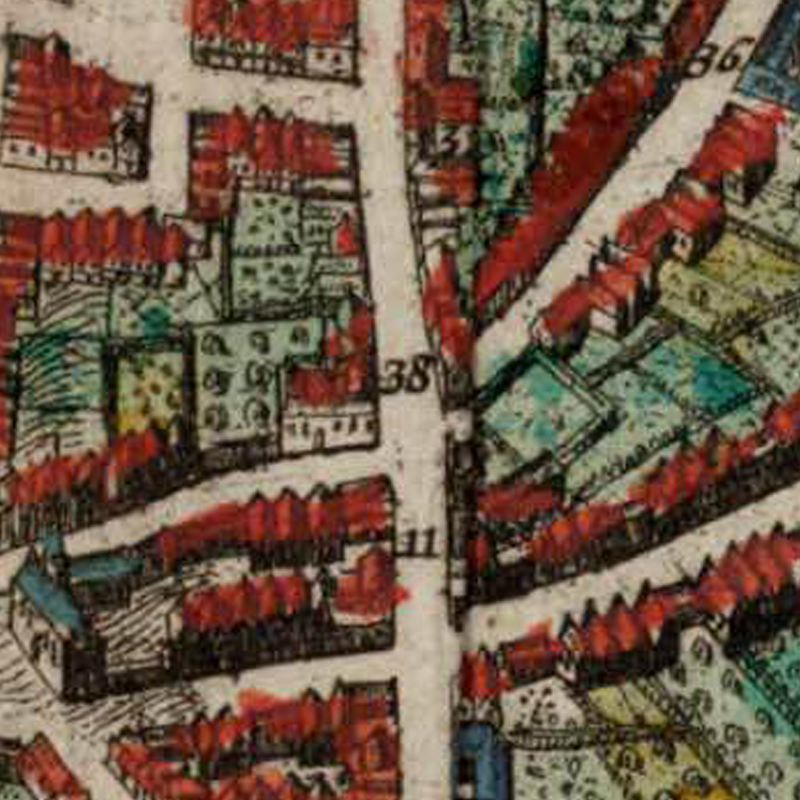 The Heilige-Geestcollege has been the seat of the Faculty of Theology of the University of Leuven since the 15th century, until the very demise of the university during the French occupation.

The college was founded in 1442 when a city patrician Lodewijk de Ryke gave an old brewery hall called “Hollant” to the university. The building was recorded to be in the corner of Hevelstraat and the Prooststraat (the name of modern-day Naamsestraat during the Middle Ages). The gift was directed at the Faculty of Theology founded ten years earlier in 1432.

But the transfer took place officially on 5 June 1445 and the aim was to provide lodging and maintenance for “seven poor students of Theology”.

Through another gift of another building by “the widow of Liebrechts van Meldert” in the corner of the Sint-Antoniusberg in 1513, the college expanded and took the form of a U shape.

The Great and Small Colleges

After the closure of the University, the small college on the side of the Sint-Antoniusberg was put on open sale and was broken down in 1940.

The buildings you see nowadays are based on the renovations done in the 18th century. The entrance gate was built along the Naamsestraat and featured on the inner side the words “praesIDIo spIrItI canCtI ConsUrreXIMUs“. By the end of the 1700s, the Groot Heilige-Geestcollege was a prestigious complex that housed around 125 students.

Like the rest of the University of Leuven, the Heilige-Geestcollege was closed by the French invaders in 1797. But unlike other colleges, it was not sold to private owners but was given to the city by a decree of 2 April 1804, to be used as a community school.

With the founding of the Catholic University, the “Katholieke Universiteit Leuven” in 1835, the Heilige-Geestcollege was fortunately brought back under the university’s control.

But the bombardments of the night of 11 May 1944 destroyed much of the Heilige-Geestcollege.

Rebuilding lasted from 1950 to 1957, and the appearance tried to imitate most of the 18th century buildings. The last changes made in 1983 was an underground carpark at the back of the Heilige-Geestcollege.

The Heilige-Geestcollege is now a student residence. It is one of the few residences exclusive for male students.

The garden of the Heilige-Geestcollege is a reserved compound. It was recently laid out and it contains a Ginkgo biloba tree, also known as the “maidenhair tree”. The Gingko tree is a living fossil from prehistoric times. When you see it, you will instantly recognise it from its fan-shaped leaves.