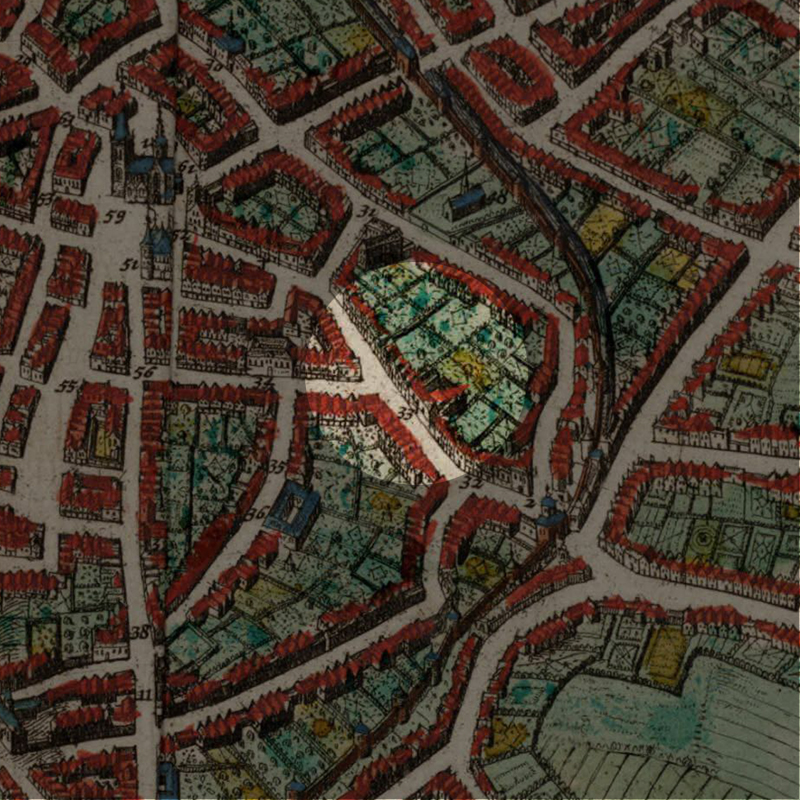 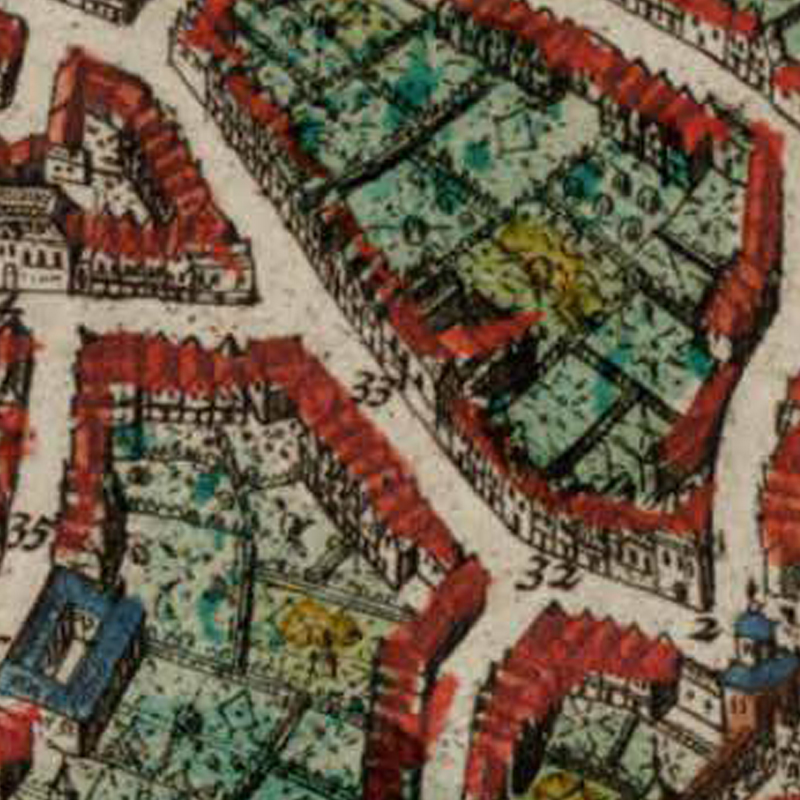 The Pedagogie de Valk (the Falcon) was one of the four “pedagogies” where students received a basic education in arts; before they moved on to higher level of studies in the other domains. The other three pedagogies were: Pedagogie de Lelie (the Lily), Pedagogie de Burcht (the Castle) and Pedagogie het Varken (the Hog).

The motto of the Pedagogie de Valk was: Volitat super omnia falco. (The falcon flew above everything)
Its insignia was a golden shield with a falcon.

Founded in the 15th century by Jan Stockelpot († 1465) sometime after the founding of the University of Leuven, the Pedagogie de Valk was initially housed in the Penningstraat (today’s Savoyestraat). In 1543, Guillaume Everaerts de Velpen, son of the Lord of Opvelp, Director of the Pedagogie bought a property on a street nearby. It very quickly moved to its current location on the Hoelstraat (Tienstraat), close to the Sint-Michielspoort city gate.

In the beginning, the pedagogy was not called De Valk but De Ketel (“Cacabus“) – The Kettle -, after the name of the house it occupied.

Very quickly, the Pedagogie De Valk developed into a complex of buildings built around an inner courtyard, with an entrance building of three floors high. A new chapel and a right wing were added in 1631. The current left wing and the middle wing were built in the neo-classicial style in 1782-1783 by Claude Fisco.

With the dissolution of the University of Leuven under the French occupation in 1797, many of the colleges disappeared. Fortunately, the Pedagogie de Valk was saved as it was taken over by the French army.

From 1801 onwards, the former College De Valk functioned as a residence for the injured of the Napoleanic army. It became a full military hospital in 1814. As a result of this shift, some of the current wings of the buildings were built for this new function. In 1951, the Centre for Military Health Services was founded here. Four years later, the military finally gave the building back to its original function and established itself in the Camp Leopold in Ghent.

The building was thus taken over by the Faculty of Law and is protected since 1962.

On 12 June 1866, a huge fire consumed the College De Valk. Many of the buildings were destroyed, leaving only the entrance gate and the right wing.

From 1873, the College was progressively restored to the form you see today. The last renovations were done in 2013.